So guys, I know that I’ve mentioned this before, but when it comes to basically doing anything in life, I am typically either full-steam ahead, or slightly dragging my feet and putting things off.  I’m either super clean or sometimes (and I hate to admit this, but it’s true), happily messy.  I can be perfectly focused one work day, and completely all over the map the next.  But honestly, I think that this is just a reflection of my creative energy.  Or at least that’s what I’m telling myself.  Things aren’t always going to move in a straight line, but hey, I’m good with that.

And so we’ve had this project (ahem, actually several) hanging over us for, well, months now.  The gallery wall in our living room.  I redid it about a year ago, and just a few short months after finishing it, I decided that I no longer liked it.  Which, as an aside, I think that when I told Ryan that I wanted to change it again, he legitimately thought that I was joking.  Obviously I wasn’t. 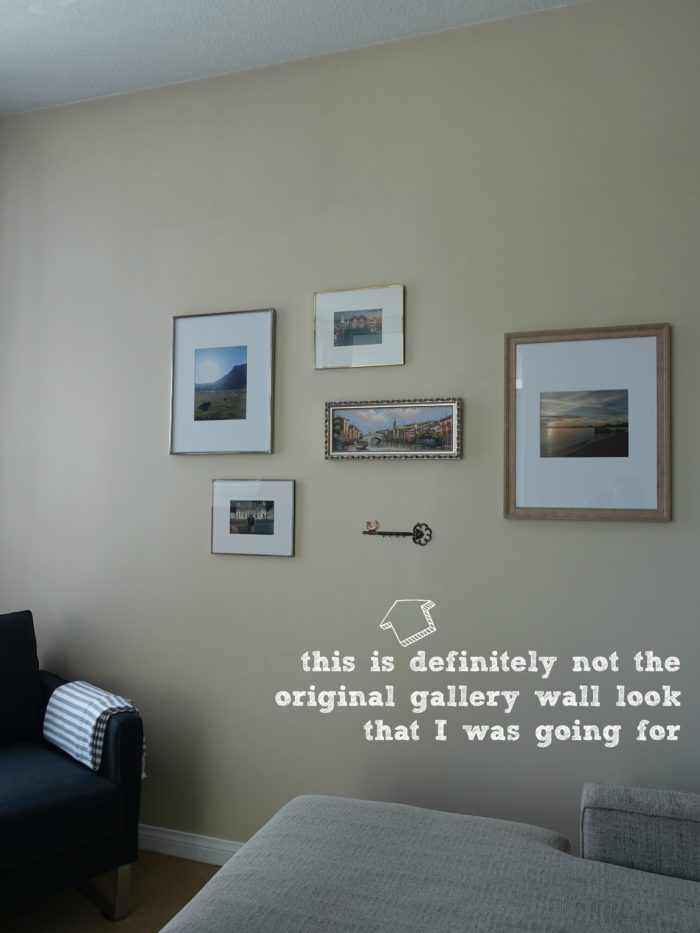 But instead of changing it right away, I first slowly moved some of the framed pieces from our living room to elsewhere in our apartment, and I replaced the living room with a hodge podge assortment of leftovers.  The funny thing is, I’ve known all along what I wanted to do with the wall – white frames with white mattes, and all black and white photos. 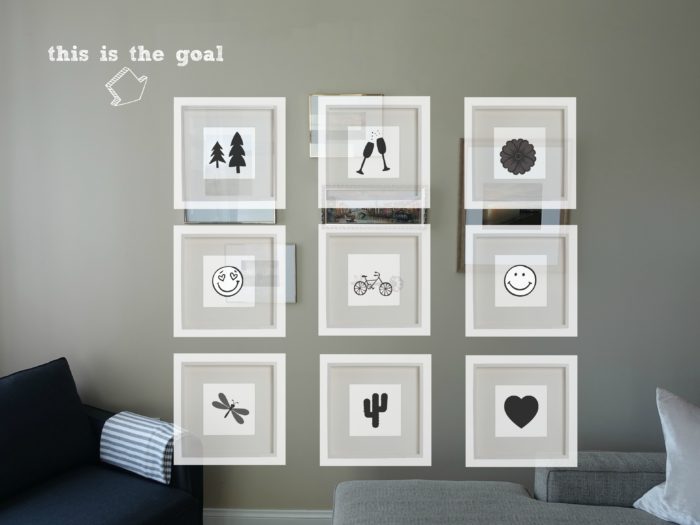 So I finally got my butt in gear a few months ago looking online and in stores for new frames, and I ended up settling on these Ikea frames.  I’ve seen a lot of people use them for gallery walls on Pintrest, and I really love their simplicity (plus their price is spot on).  I bought the frames approximately five or six weeks ago, and they have literally sat in the trunk of our car until this past Saturday.  And honestly, had I not started writing this blog post, they most likely would still be there now, just keeping our boogie boards and beach towels company. 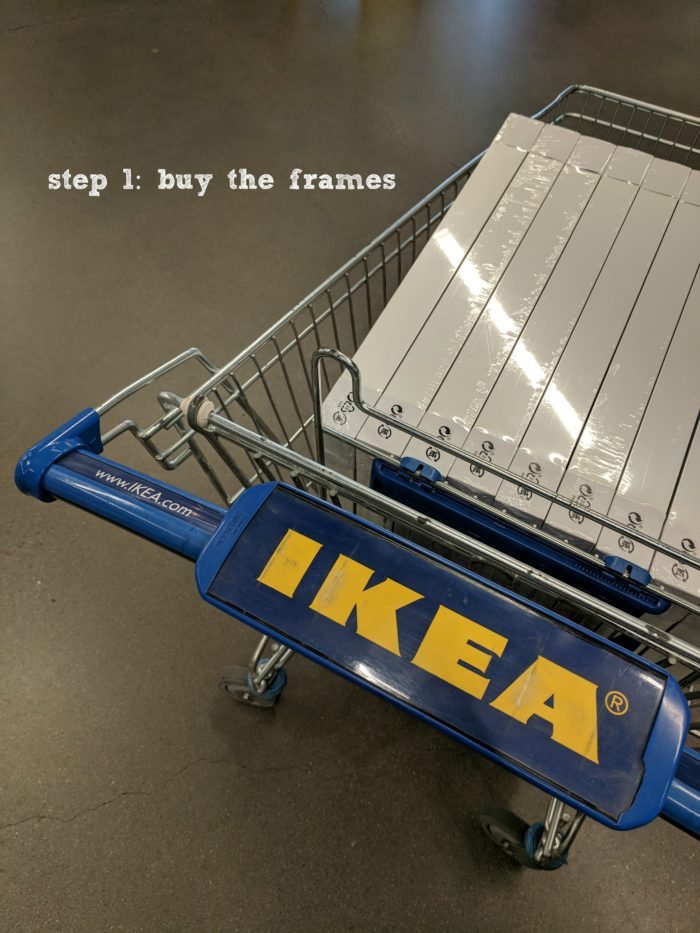 Yep, that’s just how it goes sometimes.  But now we’re out of excuses.  We have the new frames, and we have the paper to map out their placement on the wall.  And while we haven’t picked out any photos yet, we’ve personally got nothing against hanging empty frames.  In fact, we’ve done it before.  (True story.)  But you know what?  This is real life.  Projects put off for other projects, put off for finishing taxes, for planning trips, for just living life. 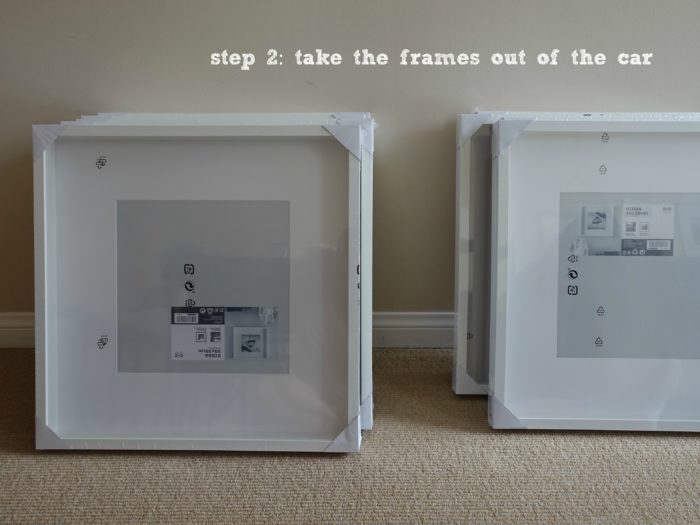 So hopefully we’ll finish this project up soon, but judging by the fact that we’ve been happy to live with a slightly ugly gallery wall for the past six to eight months. . .well, let’s just say that we aren’t going to hold our breath.