After a school experience that wasn’t quite what I was hoping for or expecting, I found myself feeling relieved and excited to be starting a new week in Florence.  And more importantly, to be finding myself back at the Istituto Il David. 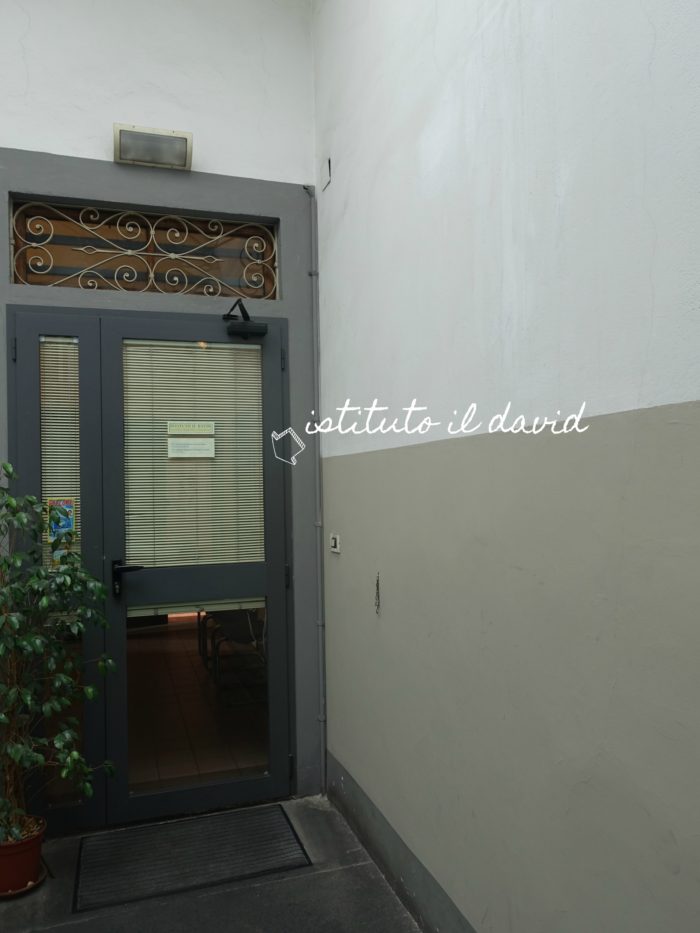 Who would have thought that finding a good school to study Italian at in Italy would be so difficult?  I would have never imagined myself struggling to feel satisfied with the level of instruction, or the quality of a program.  But at this point, I have tried six different schools in Italy, and I can honestly say (having only been a repeat attender at two) that not all programs are created equally. 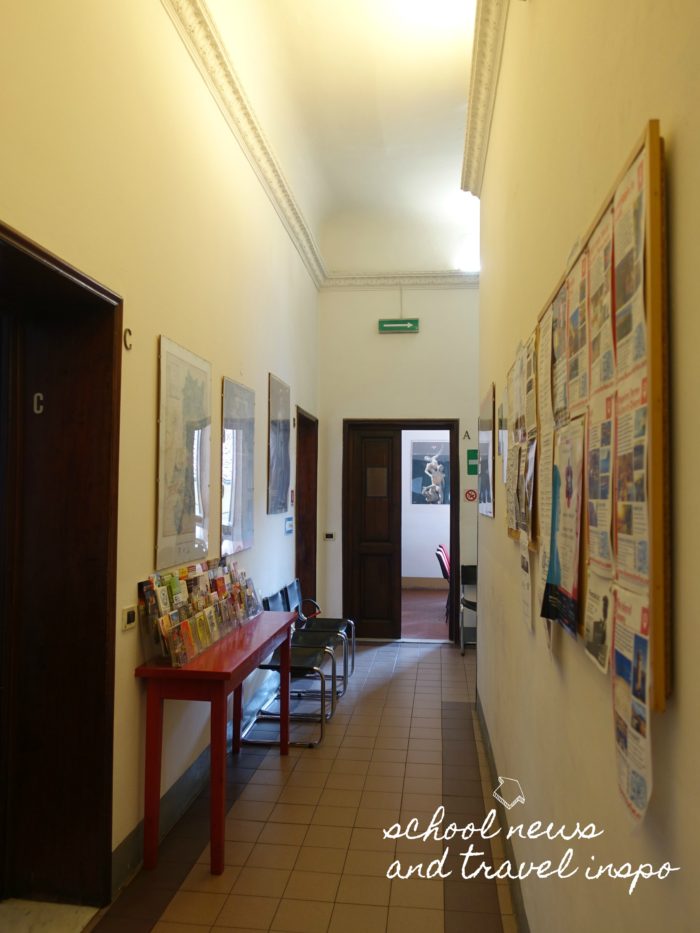 As I started my classes, I found that not much had changed since last Spring when I first attended.  And for me, having things be the same was the best possible situation.

The daily classes were still divided into two different parts – the first focusing on grammar, and the second on conversation.  In my class, we worked from the same workbook that I grew familiar with last year; a grammar textbook created by the school.  (Which by the way is far more comprehensive than anything that I have seen or used in the States.)  (Sorry America.) 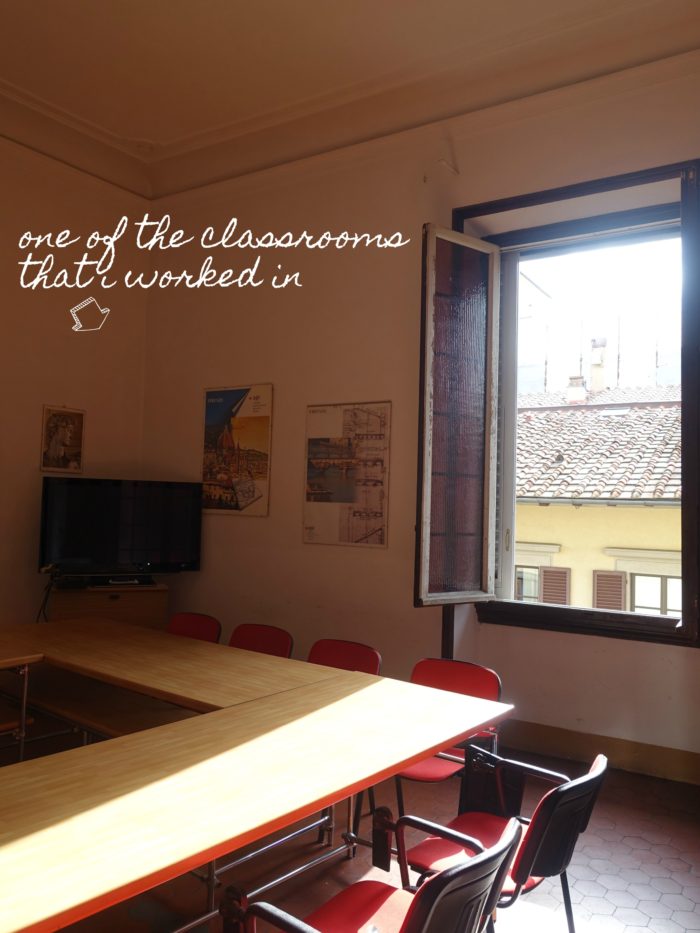 I was happy to recognize a few of the same faces, but I also found myself really impressed with the new teachers as well.  Chiara, the teacher that I had for conversation, did an amazing job at keeping the class interesting and interactive. . .and I actually found myself enjoying it even more than I did last year. 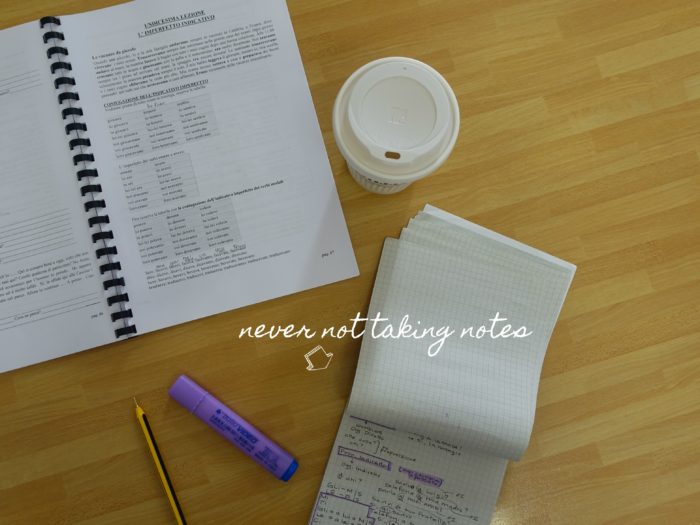 But the best part of my whole experience this year, was that Ryan got to join me during the last week of classes.  Not to throw him under the bus, but I did have to do a little bit of convincing with him to use some of his vacation time for “school.”  Somehow the idea of school and vacation all together didn’t seem to make quite as much sense to him as it does to me.  But I assured him (and hoped that he would agree), that school in Italy is actually a lot of fun, and really doesn’t feel like work at all.

And thankfully for us both, he completely agreed.  Not only did he enjoy going to school, but he actually looked forward to it.  In a few short days he found himself so happy with all of the new things that he had learned, and with the daily hours of conversational practice. 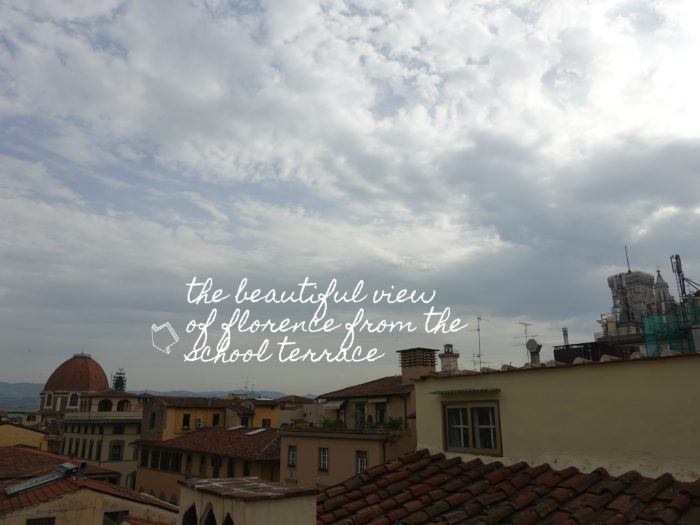 Although we both felt very ready to start the more traditional vacation part of our trip at the end of our classes, we were so grateful for such a wonderful stay in Florence, and such a great experience at the Istituto Il David.  But the real seal of approval, is that the hubby is already talking about making plans for our next trip back to Italy. . .to go to school.

My courses at the Istituto Il David were provided complimentary, however, no financial compensation was received.  All of the opinions expressed and written here are my own, and are an honest account of both my experience, and the hubby’s.