It’s hard for me to choose favorites when it comes to holiday movies (mostly because I love them all!), but if I had to make a short list, the Holiday would definitely be on it.  There’s just something about that cheesy plot of switching homes, the British accents, the Hans Zimmer score (we’re music nerds after all), and Jack Black’s quirky sense of humor that keeps us smiling the entire time that we watch it.

One of our favorite scenes from the movie (and fingers crossed that you’ve seen it) (and if you haven’t, go rent it now!), is when Miles and Iris are trying to comfort each other post-breakups.  After deciding that cups of tea weren’t going to help ease their sorrows, the two settle on a spot of something stronger before they remember that it is Christmas Eve, and so Iris suggests that they whip up a little “Christmas fettuccine” as a holiday dinner. 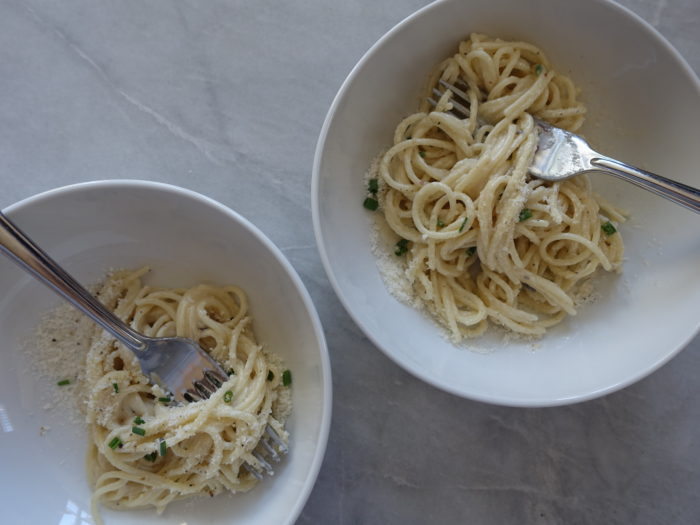 Many times have we talked about how cute it sounded to have a “Christmas fettuccine” tradition.  But since we both have about a million other family food traditions for both Christmas Eve and Christmas Day, and since neither one of us is the biggest fettuccine alfredo fan, we decided to adapt the idea. 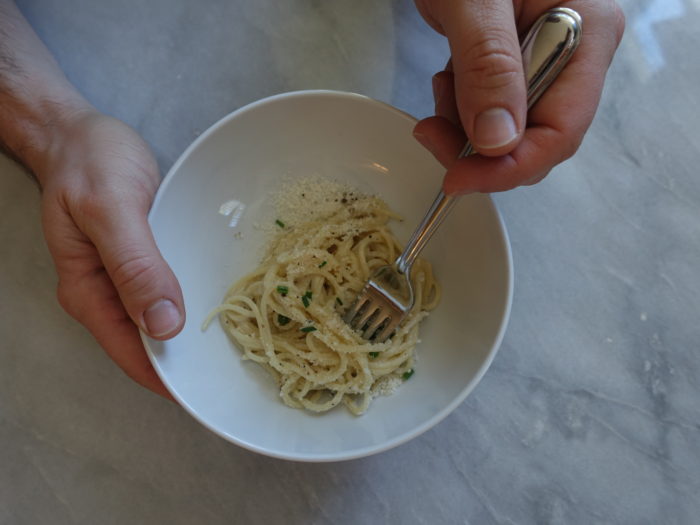 When we think of creamy pastas, and something that is a little more decadent, we both immediately think of truffle butter pasta.  It is one of our most favorite pasta recipes (and one that I’ve actually blogged about once before) – it’s earthy, cheesy, salty and just absolutely delicious.  Oh, and it has officially been nicknamed as our “Christmas fettuccine,” which somehow makes it feel even more fun. 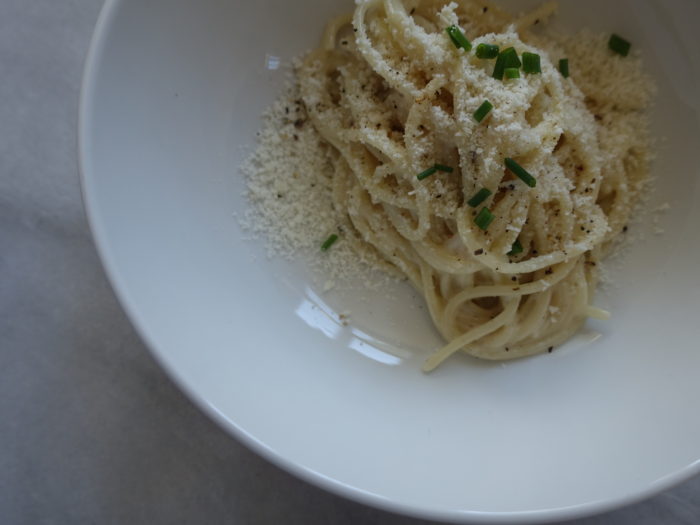 While I can guess that the movie chose a pasta dish that most people would have the ingredients for in their home, in our opinion, this dish definitely captures the idea and the feeling that they were going for.  A rich pasta that feels a little more special and celebratory, yet somehow is effortless to throw together – I definitely think that this is a Christmas fettuccine that Miles and Iris would approve of.

One Reply to “Christmas Fettuccine”