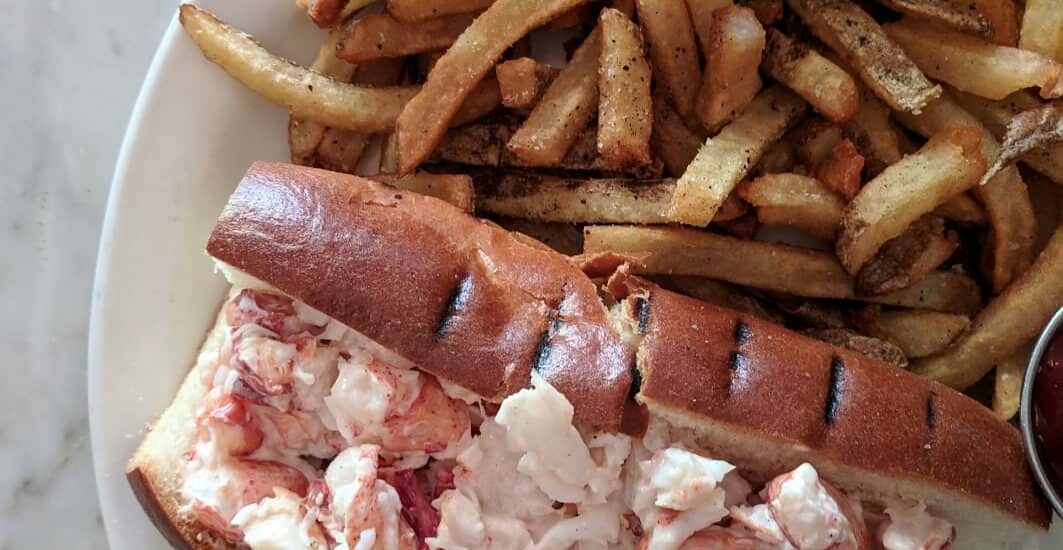 Easily our number one spot, this not-to-be-missed eatery is the epitome of East Coast seafood. Think fresh off the boat seafood meets something out of “the Holiday” sort of charm. This super small restaurant does not take reservations, and is not shy at offering wait times upwards of two hours. So plan accordingly, and either go early or with no other plans, because this spot is well worth the wait and then some. Once you’re in, there is absolutely no rush, so take your time and soak in every moment.

Don’t miss: Anything from the raw bar, but especially their oysters, beer braised shrimp cocktail, and the stone crab claws. The crudo of the day is always spot on, and of course it wouldn’t be a meal at Neptune without their cold lobster roll (which is served with a pile of the most delicious french fries). Also make sure to peruse their wine and beer list, which are quite thoughtfully chosen and offer some of the most interesting options in the city.

Pretty much at the opposite end of the spectrum from Neptune Oyster, Anna’s Taqueria has been serving up tasty Mexican food in Boston for as long as we both can remember. For us it started as a great place to grab a greasy and cheap meal in college, but it turned into something so much more. We’ve found that nowhere else that we have lived or traveled to (including San Diego) has anything that even comes close to what is being served up here. And as they say on their website, “you can’t have Anna’s without Boston, and you can’t have Boston without Anna’s.”

Order: My favorite is always their quesadilla, which is stuffed to your liking just like a burrito. But if burritos are your thing, trust me, you won’t be disappointed. In terms of fillings, always order extra cheese, anything with carnitas, and definitely try a taco al pastor.

For whatever reason, this place just feels synonymous with the North End. Because if you are going to the North End, it’s most likely that you are going to Giacamo’s. We’ve been frequenting this location for over 17 years, and honestly not one thing has changed. They definitely have gotten their time in the limelight and hoards of great reviews, but to all of our delight, they are still churning out the same delicious food to hungry diners night after night just like they were when we first discovered them.

Insider Tip: Plan accordingly, because this is another restaurant that does not take reservations, and is cash only. And don’t fear the line, because it moves surprisingly fast!

Since you are most likely already in the North End for either Giacamo’s or Neptune Oyster, there is absolutely no way that you could possibly pass up picking up some of the best Italian pastries for a little something sweet. For years we had actually avoided Mike’s, partly because their lines always looked pretty intimidating, and partly because some of our family preferred a different bakery. But after nearly a decade, we decided to give it a try, and WOW, we had been missing out! Everything here is so good, and we now pride ourselves on being regulars.

Plan ahead: This spot is cash only, and best to be eaten somewhere else due to the limited seating. (There are plenty of nice park benches just a few blocks away on the Greenway.)

Favorites: It’s hard to choose a favorite with so many delicious options, but we always tend to gravitate towards an amaretto cannoli and the rainbow cookies.

To some, this might be a surprise to see this on my list. And to others, you will be surprised why it is on my list. Because the Top of the Hub is here making my no. 5 spot for Boston not because of the food (because really, don’t go here to eat, it’s average at best), but simply for a drink. There truly is no better place to enjoy a view of the city than from the Top of the Hub. And at some point during your travels, after many long hours of walking, you will want to stop and kick up your feet for a few. And this is exactly where you will want to do that.

Our Tip: Plan to come here for a little late afternoon drink. That will be the perfect time to rest your feet, but it will also practically guarantee you a bar table that is literally overlooking the city. And while the views are beautiful anytime of the year, especially make a point of stopping by during the Fall, or anytime that it is snowing. Cheers!

One Reply to “Boston’s Best Restaurants”