After a “not so much as we planned” week in Italy, our arrival in Greece was exactly the breath of fresh Greek air that we both needed.  But the funny thing is, had someone asked us exactly one year ago if we would be planning to go back to Greece anytime soon, we would have both answered a resounding, “no.” 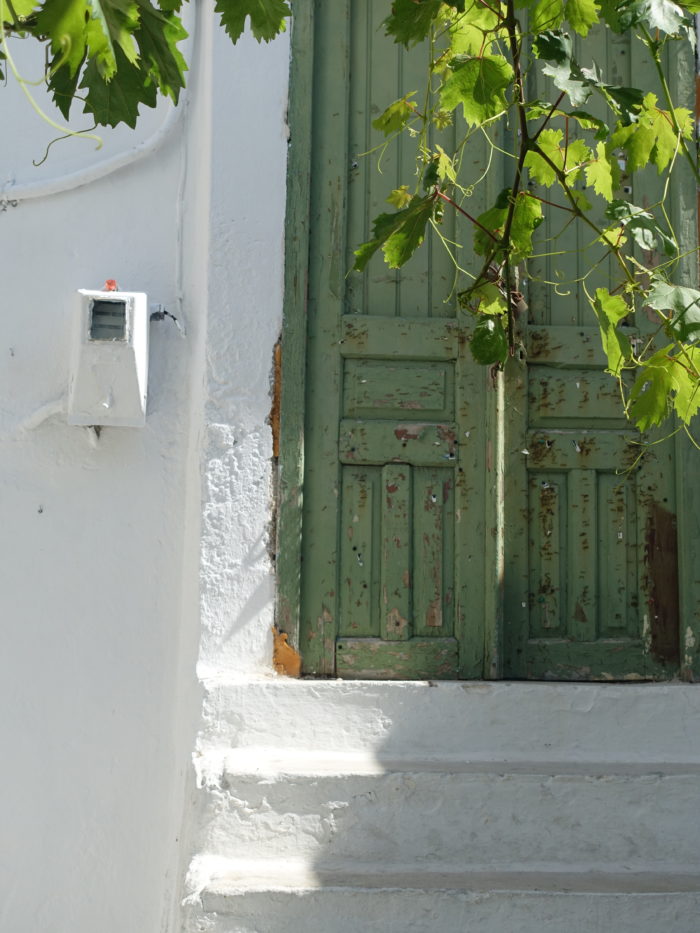 To be honest, we sort of developed a “love-hate” relationship with Greece last Spring during our first visit.  There were without a doubt so many things that we loved about Greece, but then there were also plenty of, well, let’s call them “eccentricities,” about that Greek life that just left us a little bit wanting. 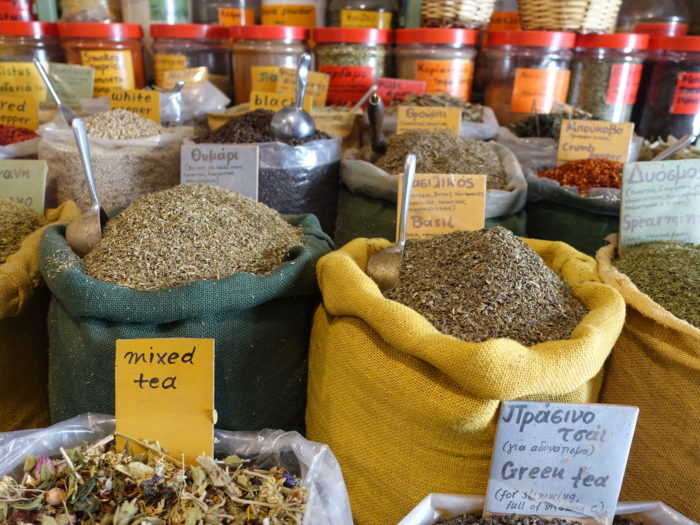 But despite the quirks, we still had a great trip.  It was just that it didn’t exactly feel like it was going to be at the top of either of our travel lists again anytime soon.  But sure enough, after a few short months, when we first started making plans for this year’s Europe trip, Greece had somehow managed to work its way to the top of both of our lists.  And so back to Greece we traveled.

Naxos is unlike anywhere that we have been before.  There is a ruggedness to Naxos.  An earthiness.  There is an unrefined beauty.  The land is not even close to being fully developed.  The cows and goats still roam freely, and the people are still very much living off of the land. 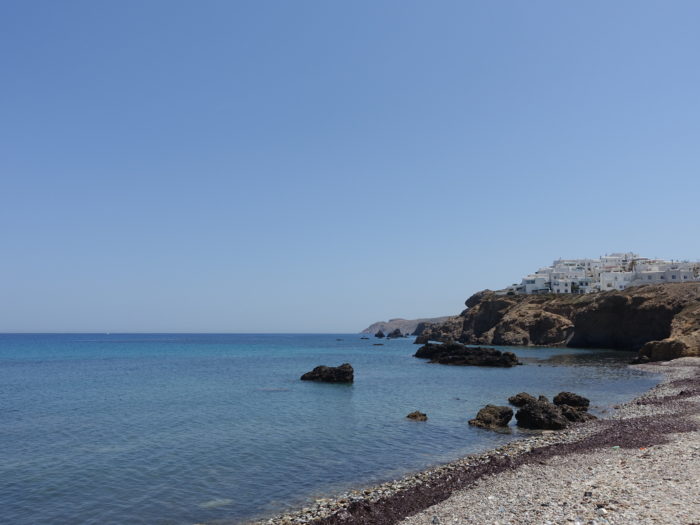 I can still remember our first ATV ride around the island.  The air was hot and impossibly dry.  The wind whipped against our faces, sending tiny little pebbles from the dusty, dirt roads flying towards us.  And then there was the air. . .that Naxos air.  The air carried the most intoxicating smell of ripening figs throughout the Island.  If we weren’t riding right along the sea and smelling the salt, then we were smelling those gloriously sweet Summer figs. 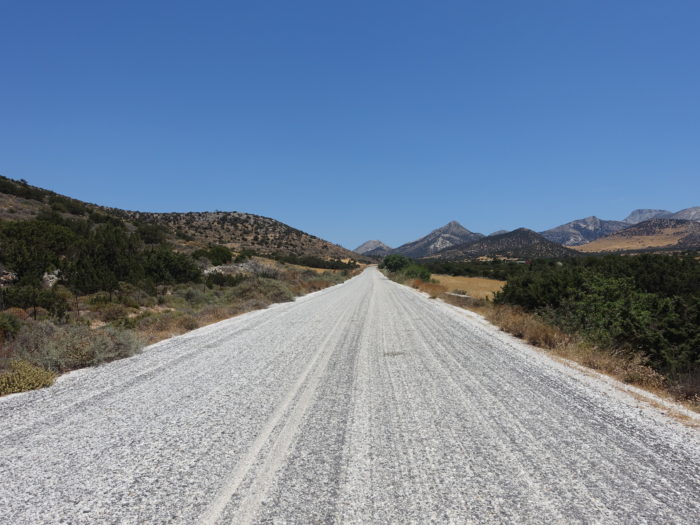 Our goal while on Naxos (and pretty much everywhere) was to do the least touristy things possible.  And for the most part, we were successful.  With a commitment to traveling a little bit further, we were able to find ourselves relaxing on beaches with no more than five or six other people.  The only tourists that we shared the roads with were the goats and the chickens, or maybe some sheep.  And when we were too hot to lay out on the beach any longer, we shared those beautiful Mediterranean waters with the fishies.

I like to imagine that these quieter parts of the Island are what Greece used to be like before all of the tourists (ourselves included) and cruise ships arrived.  Simple, peaceful days spent at the beach, listening to the waves and watching the crystal clear waters drift into a brillant turquoise, and then into an inky deep blue.  Hours relaxing and doing nothing, only interrupted by a lunch break for a Greek salad, a piece of fish grilled over hot coals, and an icy cold beer. 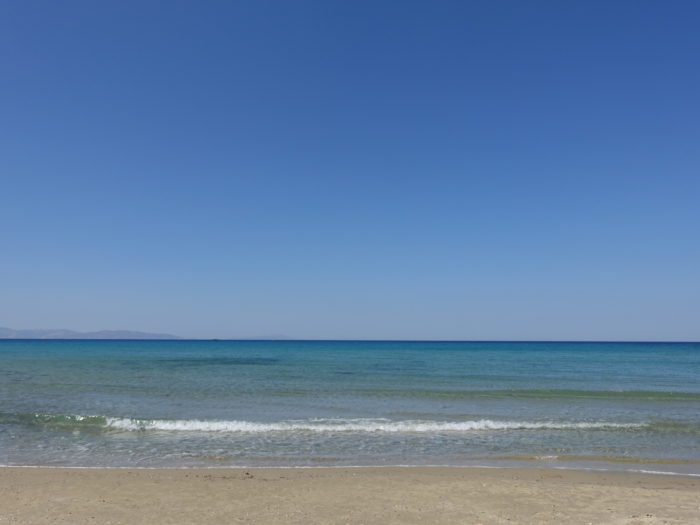 The more that we travel, the more that I crave these quiet moments.  The moments when I am transported to a different time, or so I imagine it to be.  A time when life was just a little bit more simple.  A time when there were probably far less ATV’s, and far more donkeys.  And in general, a time when there was far less stuff and far more living.  Naxos might not always have these quiet pockets of undisturbed beauty, but I will forever remember that we got to experience it just as it was, that Naxos life.

Even though we spent our days seeking out the most deserted parts of the Island, staying in the Chora Town was something that was really important to both of us.  Since we were not renting a car (only an ATV), we wanted to have the convenience and the choice to be able to walk to the grocery store, to go out for an evening stroll through the town, or to walk to dinner. 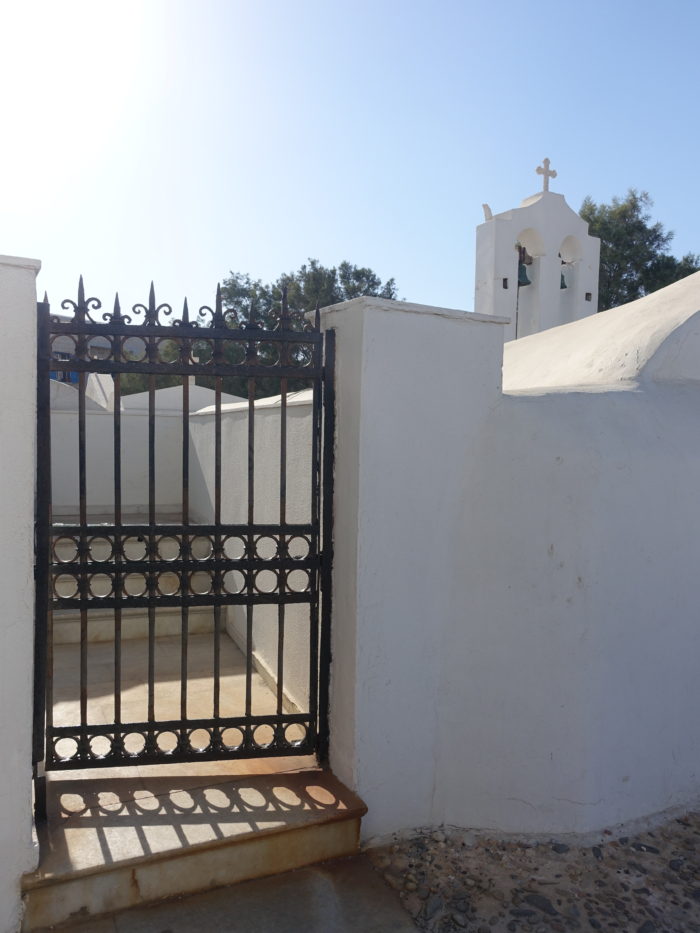 the entrance gate to our house 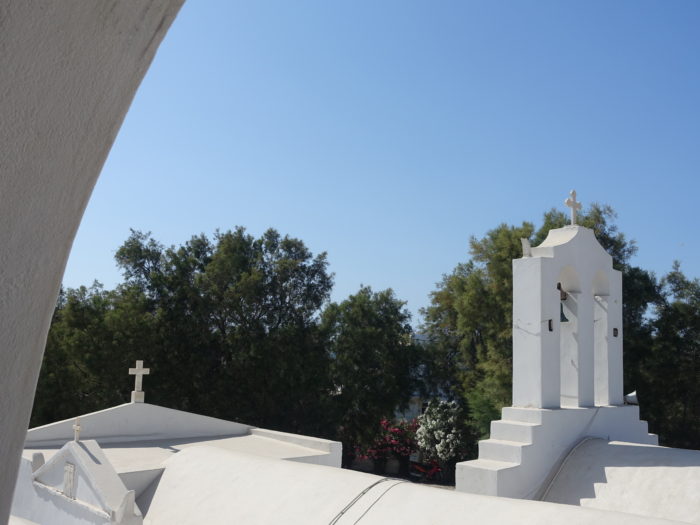 the view from our private patio

So for us, the Amara House easily checked off all of those boxes and then some.  It was minutes away from all of the restaurants and shops, the marina, and even walking distance to the town beach.  But it also happened to be on a very quiet street, which is definitely a must for a relaxing vacation. 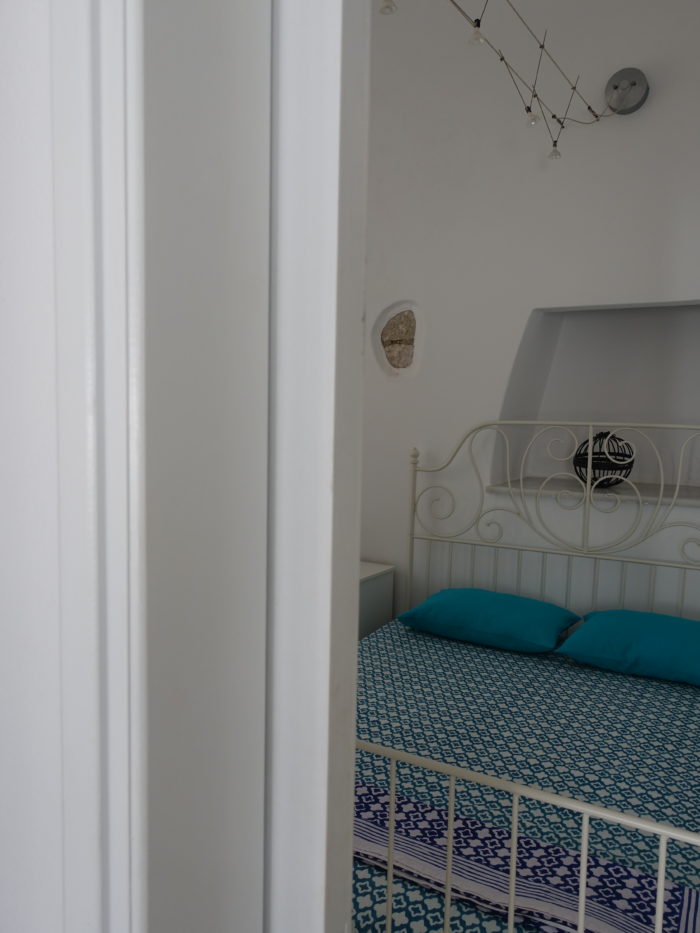 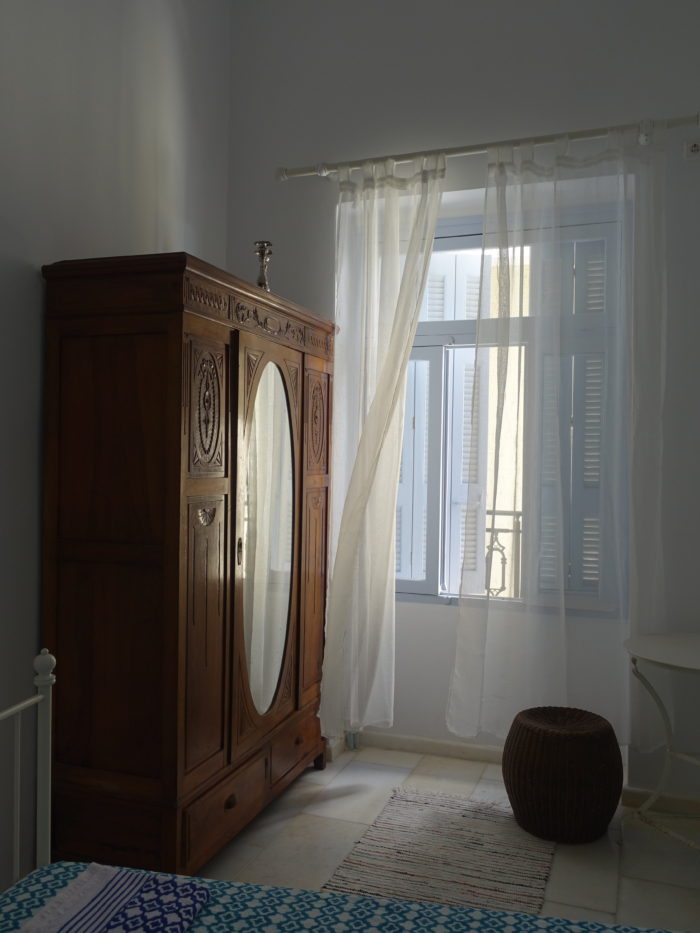 The house was packed with all of the amenities that you would want in a rental property, a full (like beyond full) kitchen, air conditioning, extra linens, plenty of space to spread out and relax. . .and. . .and this was my absolute favorite. . .laundry.  (Sigh.)  Yep, after being on the road for several weeks, having in-house laundry was my very own slice of Greek heaven.

Although our stay at the Amara House was provided complimentary to us, no financial compensation was received.  All of the opinions that I have expressed and written here are my own, and are an honest account of our experience.

2 Replies to “That Naxos Life”