Last weekend, the newly renovated Westfield UTC mall finally opened it’s doors to it’s very own and highly anticipated Shake Shack.  I am pretty sure that there is a cult-like following for Shake Shack on the East Cost, but out here, us San Diegan’s are pretty die hard for our In-N-Out.  And having been to Shake Shack once before (in Cambridge, Massachusetts), and not being terribly impressed, I think that Ryan and I were a little lackluster in the excitement department for this new location. 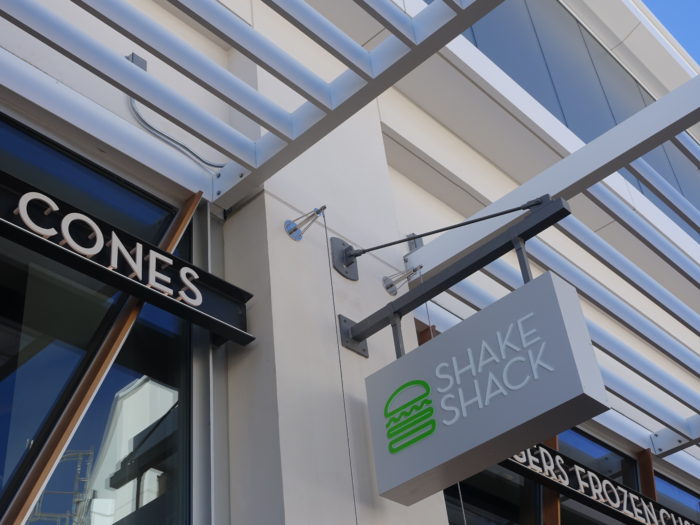 But with all of the hype from the grand opening, and rumors of hours long lines, our interests were peaked.  Maybe we had just had an off experience the first time?  So we decided that it was worth our while to give it another go.  We waited out the weekend crowds and decided to give it a try last Tuesday, fingers crossed that it would deliver.

We showed up early to the mall (so that I could do a little shopping), and surprisingly, there was already a line at 10:30 a.m. (And Shake Shack doesn’t even open until 11 a.m.)  So while I took care of a few last minute trip errands, Ryan sweetly jumped in line for us. 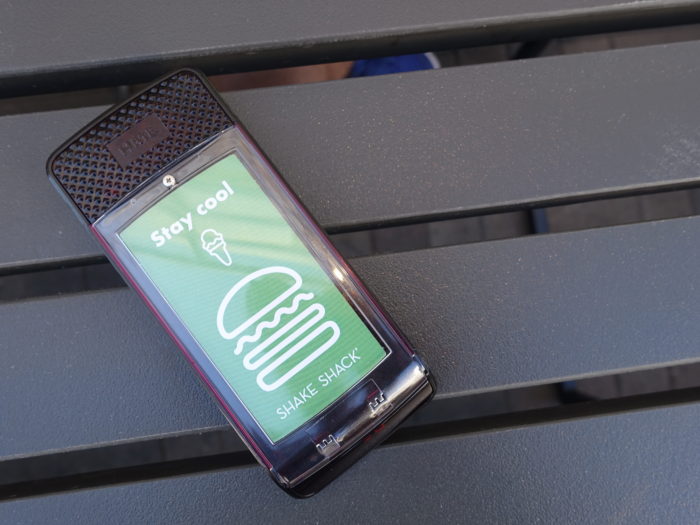 We kept our ordering simple in hopes that simple is better, right?  We ordered the traditional ShackBurger (for Ryan), protein style (for me), some french fries and a chocolate malt (always).

To be honest, everything looked really really good.  And the whole place even smelled delicious.  But the flavors?  Well, in our opinion, this is where it falls flat and sadly reminded us why we were unimpressed the first time around.

Their special house sauce that they put on the burger really had no distinguishable flavor, and unfortunately the burgers were under-seasoned and overcooked.  Probably the only saving grace for the burger was that it was served on our favorite (and impossible to find in San Diego) potato bun.

So when the burgers failed, we turned our attention to the crinkle cut french fries and malt.  And here is how that went: I thought the french fries were good.  I would describe myself as “in like” with them.  But Ryan, well, not so much.  He was neither in like nor in love with the french fries.   (He was less than impressed with the over-salting.)

But then there was the malt.  Being a custard and malt purest, this just wasn’t cutting it.  First rookie mistake: they added chocolate syrup to the already chocolate custard.  Second mistake: not enough malt flavor.

Now here’s the thing.  Obviously we are nitpicking (and these are just our own personal food tastes).  I can be understanding that they just opened up about a week ago, and are probably still trying to work out all of the kinks.  But at the same time, none of the food really had much flavor, yet somehow we both found ourselves severely parched all afternoon. 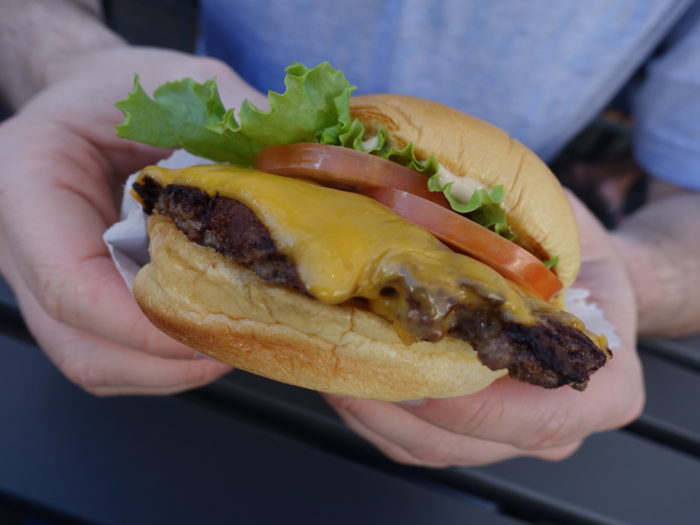 Waiting in line for an hour and then another 20 minutes for your food?  I personally don’t think that it was worth it, but I also might have different burger taste than you.  So shake it or leave it burger aficionados, we’ll see how this East Coast giant matches up against our beloved In-n-Out.

One Reply to “Shake Shack”