We recently had a bit of an overflow of cauliflower in the house, and so I did my favorite thing for inspiration, and headed over to Pinterest to start getting some ideas for what to do with it.  We had just recently done the cauliflower pizza, and fried rice, and so I was trying to come up with a new clever idea.  And that is when I came across this Sticky Sesame Cauliflower recipe from Connoisseurus Veg.

After a quick read through the recipe, I was sold – we had pretty much everything we needed in the house, and we both love sesame chicken, so I figured that this would be a surefire win. 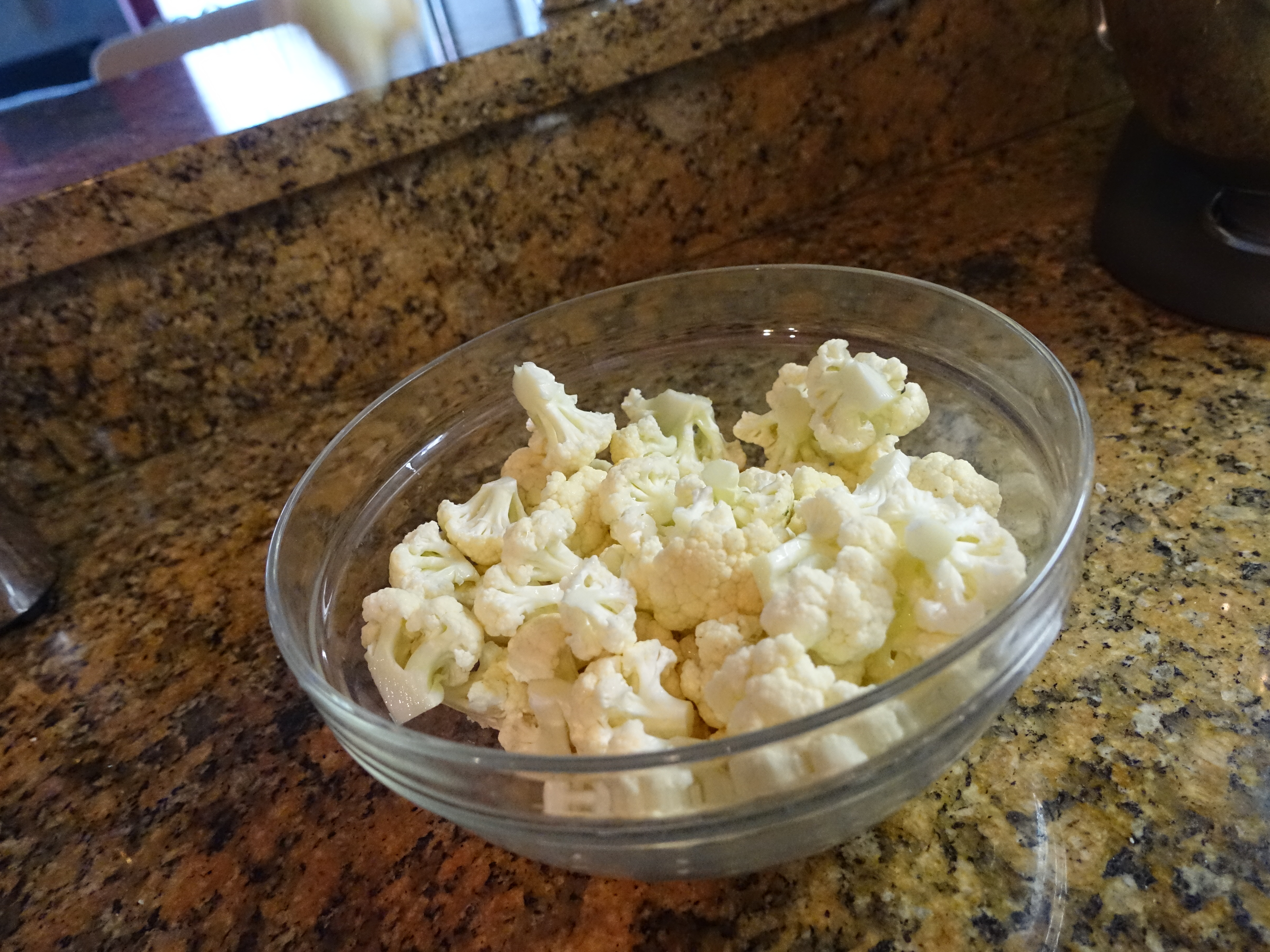 wash and prep your cauliflower, only reserving the florets 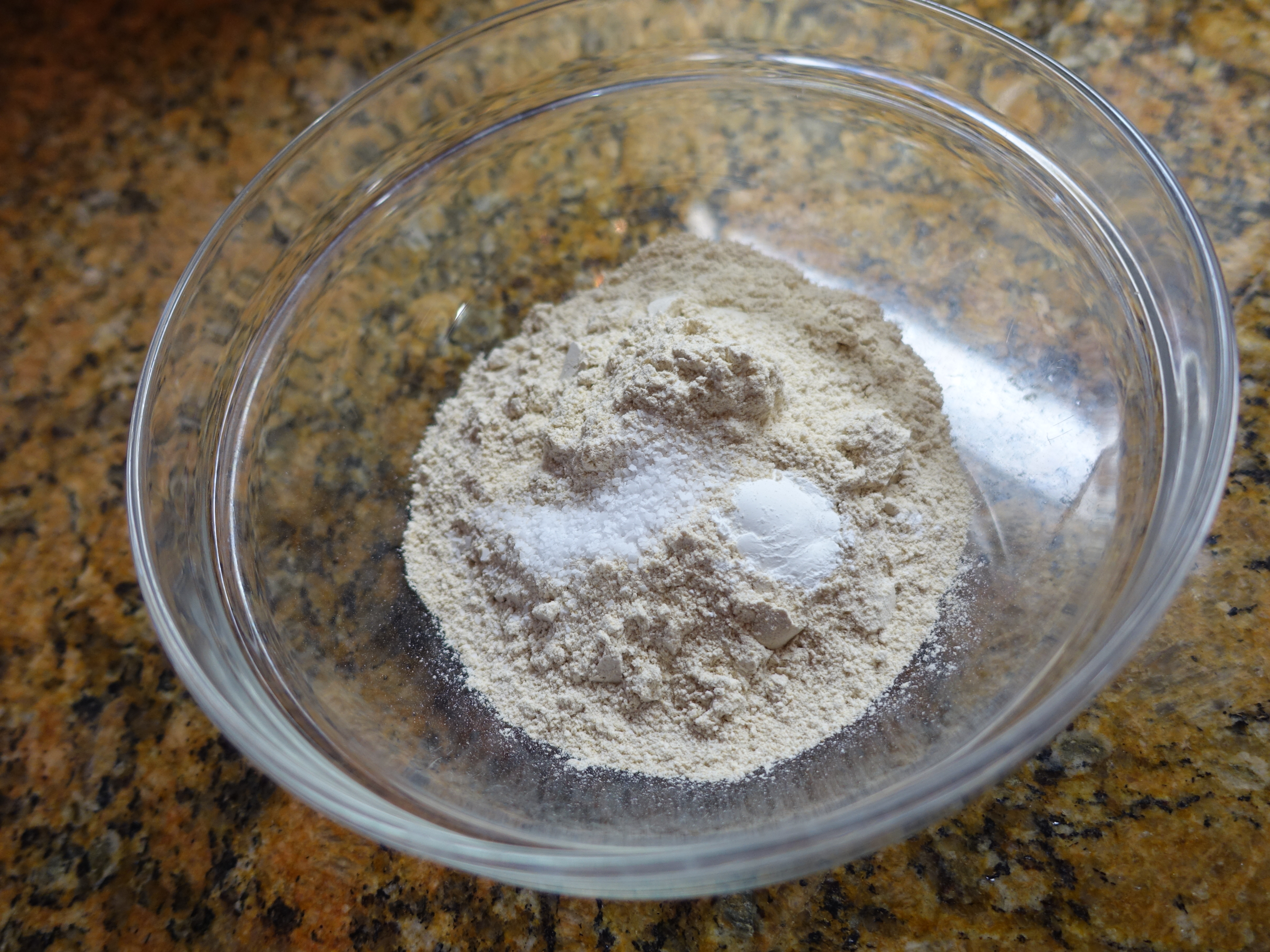 mix together your dry ingredients 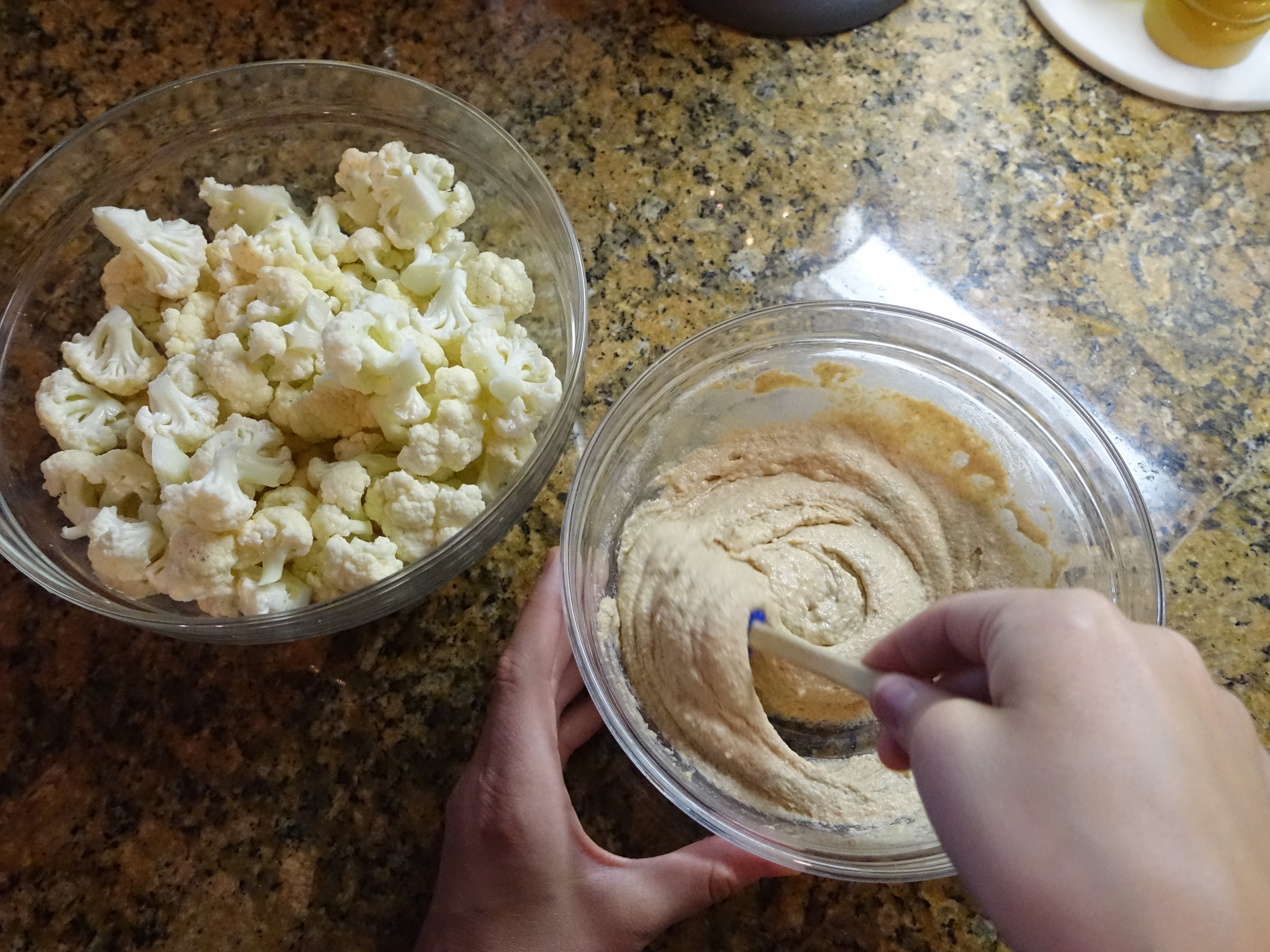 add your wet to your dry and let it get friendly 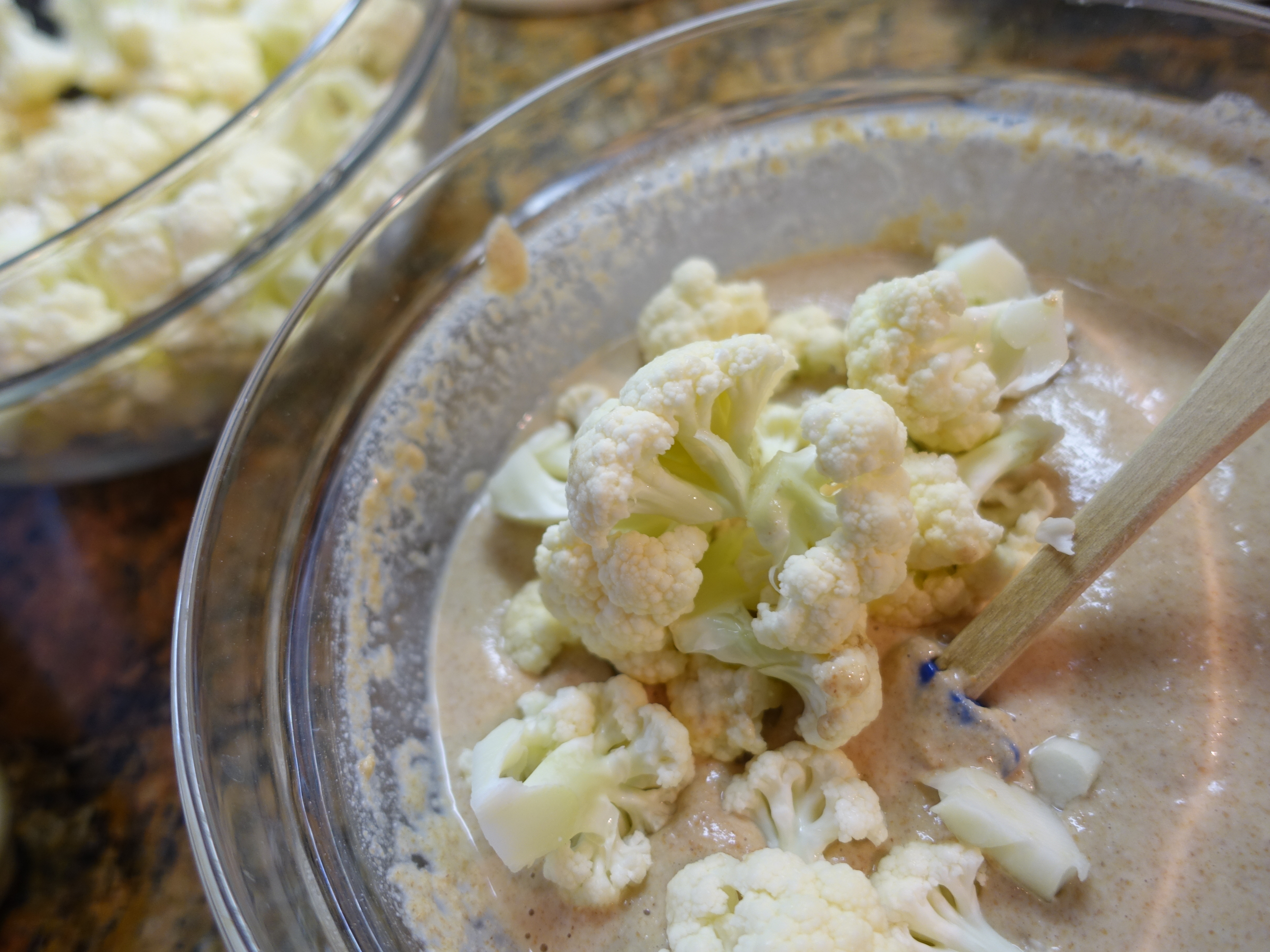 dunk your florets into the batter, giving them a light coating 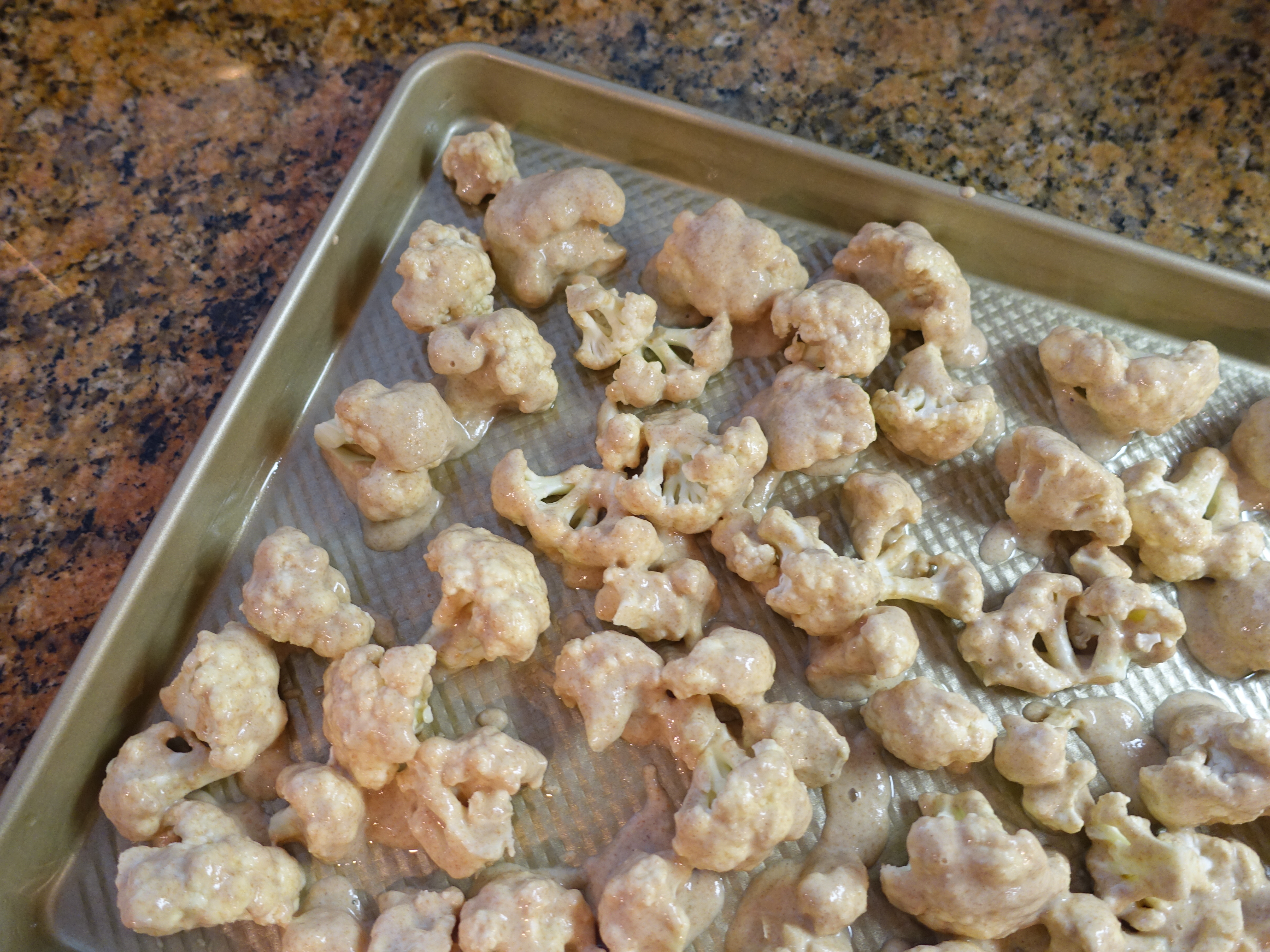 pop em’ on a baking sheet, and roast away

While the cauliflower roasts (flipping half way through), you bring to a boil and cook down your sauce, mince your onions and toast your sesame seeds. 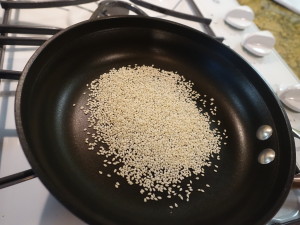 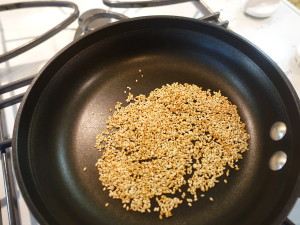 When your cauliflower has finished its initial roast, you pour your sauce all over it, and return it to the oven, allowing it to become “sticky.”  I have to be honest, at this point I was having serious doubts.  The sauce seemed rather loose, and nowhere near anything “sticky” or anything sesame that I have eaten before.  I was so discouraged that I didn’t even take any photos – I literally thought that we would be tossing this out.  But surprisingly, within minutes, our cauliflower went from sesame soup to sticky sesame! 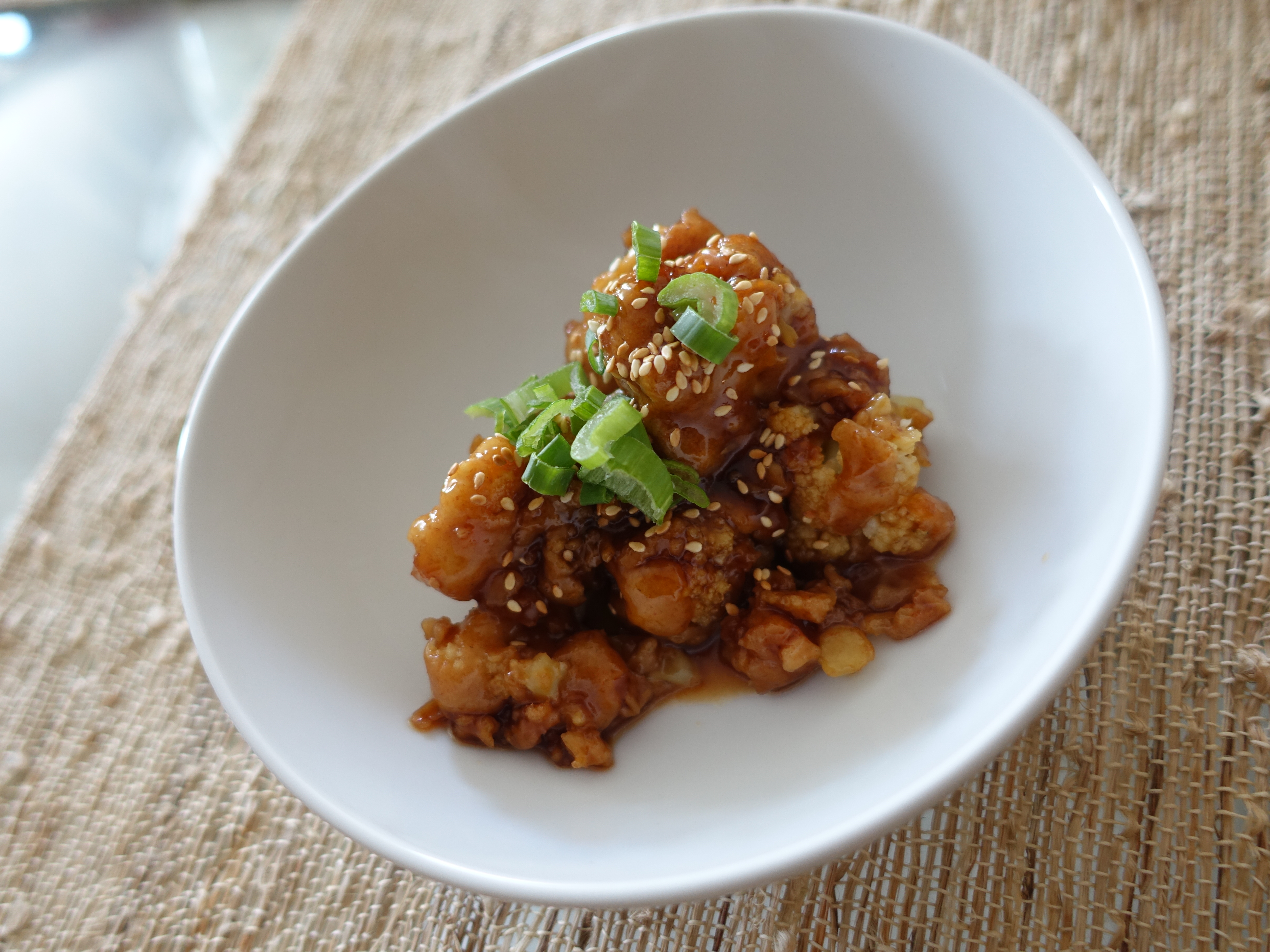 It looks like the real thing, right?!?  I was actually quite impressed when all was said and done.  Now for the real test, taste.  There were actually 2 schools of thought here.  First was the hubby’s – he loved it, thought that it was so clever and couldn’t get enough of it.  And then there was me, and actually it was nothing against the recipe, it was just a personal discovery.

This dish tastes like sesame cauliflower (duh), however, I have now discovered that I actually don’t really like the taste of cauliflower.  When I’ve made the cauliflower pizza or fried rice, the actual flavor of the cauliflower is masked by lots of cheese or soy sauce, but here, even with the sticky sauce, it is a stand-out flavor.

Aside from my own realization, this recipe is really a genius substitution for meat, easy to follow and delicious.  Would I make it again?  Well, probably not with my new-found dislike for cauliflower, but it was a fun Meatless Monday experiment.