Fingers crossed, we had timed our stay in Provence just late enough into June that we would be able to see the first of the lavender.  During our trip research, we had read that the lavender sometimes can bloom as early as June.  But since lavender, like all things nature, is dependent on seasonal changes, rain, and sunshine; all that we could do was cross our fingers and hope for the best. 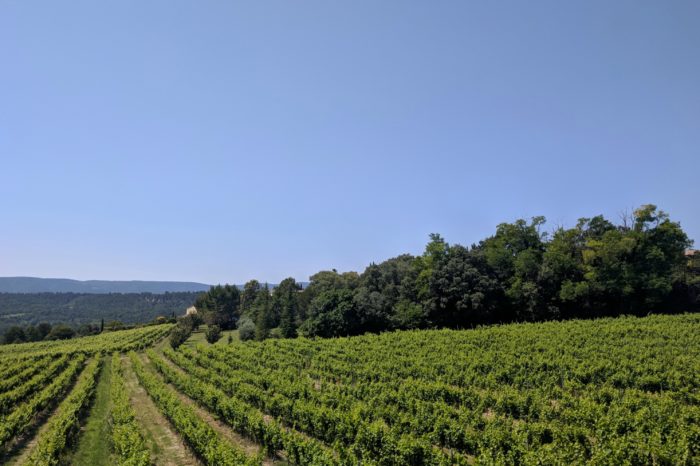 Our first few days in Provence had sadly left us wanting.  Nope, no lavender.  Our host from Blanche Fleur had regrettably let us know that we were most likely weeks too early to be seeing any lavender this season.  And with that news, our hearts sank just a little bit.  I mean, after all, seeing lavender was pretty much the whole reason why we came to Provence in the first place.  (Yes, you heard me correctly.  We had planned our trip around seeing lavender.  In fact, I think that it was at this very moment when I asked Ryan, “was it totally crazy that we planned a whole trip around possibly getting to see some flowers?”) 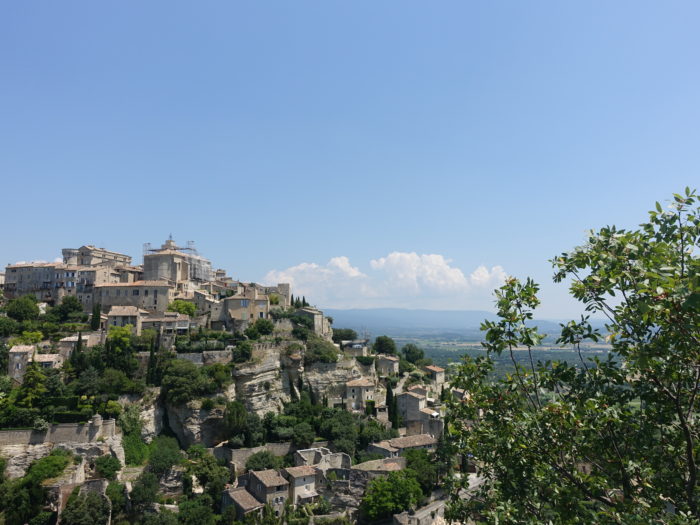 As we left the quaint little town of Châteauneuf-de-Gadagne and headed West a bit to Uzès, where we would be spending the last of our days in Provence, we stayed positive.  We were hoping that a change in geography might just bring us a lavender sighting.

And yes, there it was.  Just sitting there waiting for our arrival.   We hadn’t been in the car for much more than an hour, and there was our first lavender field, just starting to bloom into those beautiful purple blossoms. 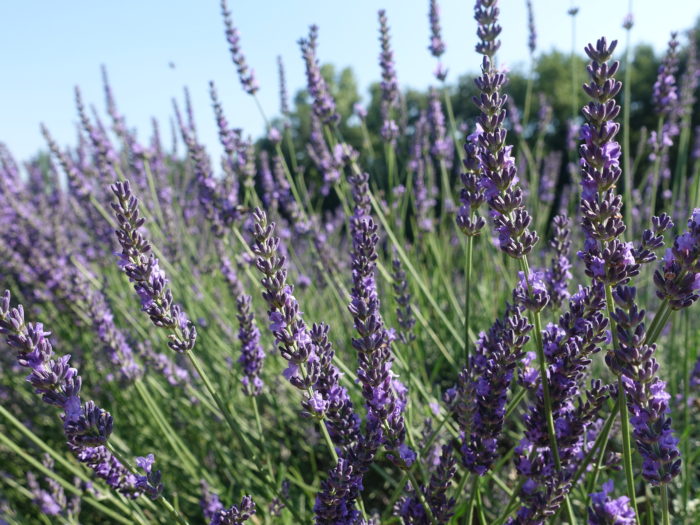 My heart was full.  Had we not seen any lavender on our trip, we had both agreed that it didn’t matter.  As you’ve already read, we had found ourselves so completely mesmerized with every tiny, little detail of Provence, that even without the lavender, we knew that this trip would be one of our favorites.

But now here we were, and there it was; the lavender.  And not even just that first little field.  At what felt like every turn, a new and more magnificent lavender field lay ahead of us.

And of course, let’s not forget that mesmerizing fragrance.  (Sigh.)  It is just as you would imagine it – so fresh and earthy, and almost soapy smelling.  And then there were the bees buzzing tightly around the flower buds, the birds flying above the fields, and the sunshine, which just absolutely poured in over everything.

Discovering these fields of lavender felt like my very own Julie Andrews, “the Hills are Alive,” spinning in a field musical number.  Except that I was actually traipsing very carefully around the lavender, so as to not disrupt any of the bees or flowers.  And I also wasn’t singing.  But in my head, yep, exactly the same. 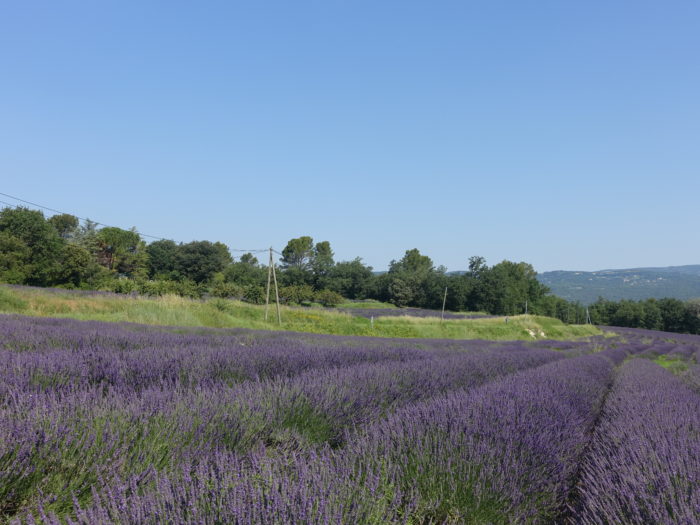 We felt unbelievably lucky.  And that’s because we were.  They had said that it couldn’t be found, but there we were, in a sea of purple flowers.  Our very own little piece of Provençal paradise. 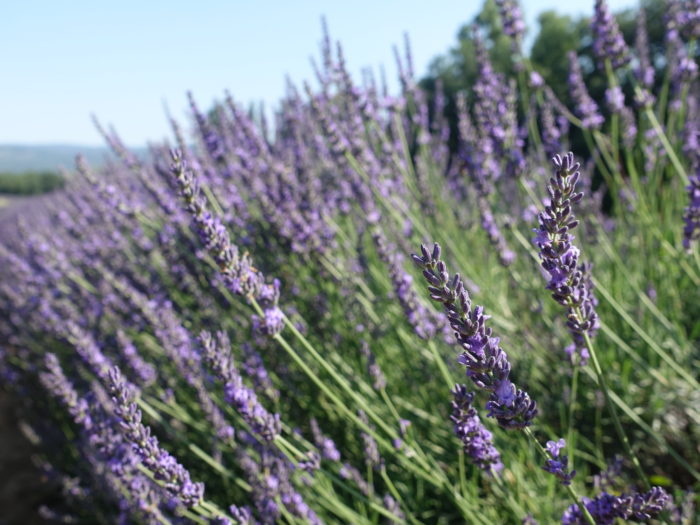 From the moment that we had started planning our trip to Provence, we knew that we wanted to split our time between two different cities.  Because as we had discovered, the region of Provence covers a lot of ground.  But as we drove away from Châteauneuf-de-Gadagne to Uzès, we both felt a little bit hesitant.  Our first stay had been so magical, so relaxing, and just so Provence.  Could lightning possibly strike twice?  Could we hit Provençal gold with another amazing property?

Well, yes.  The answer was most definitely yes. 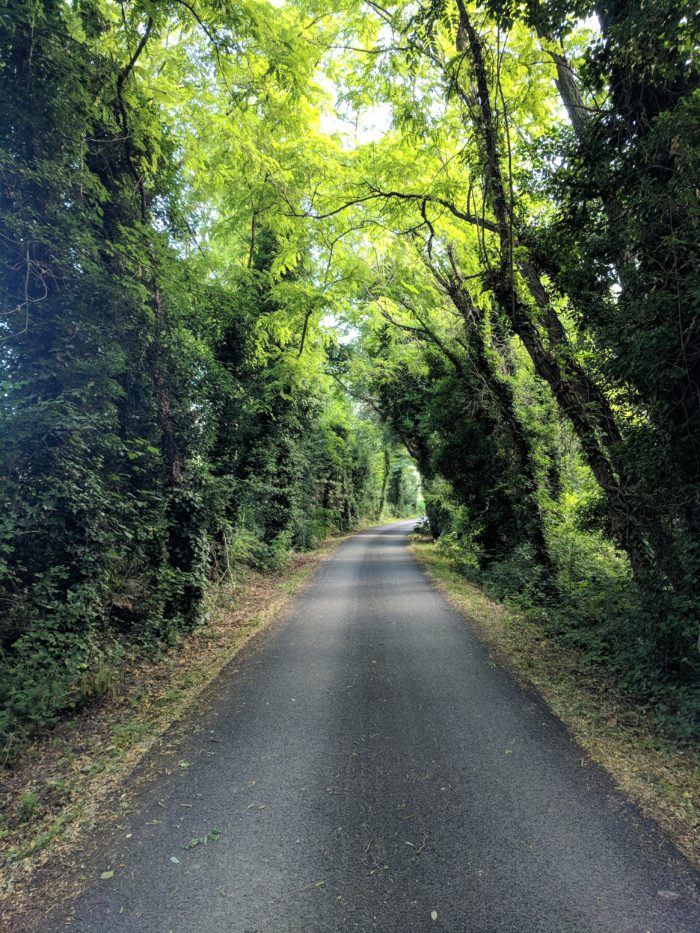 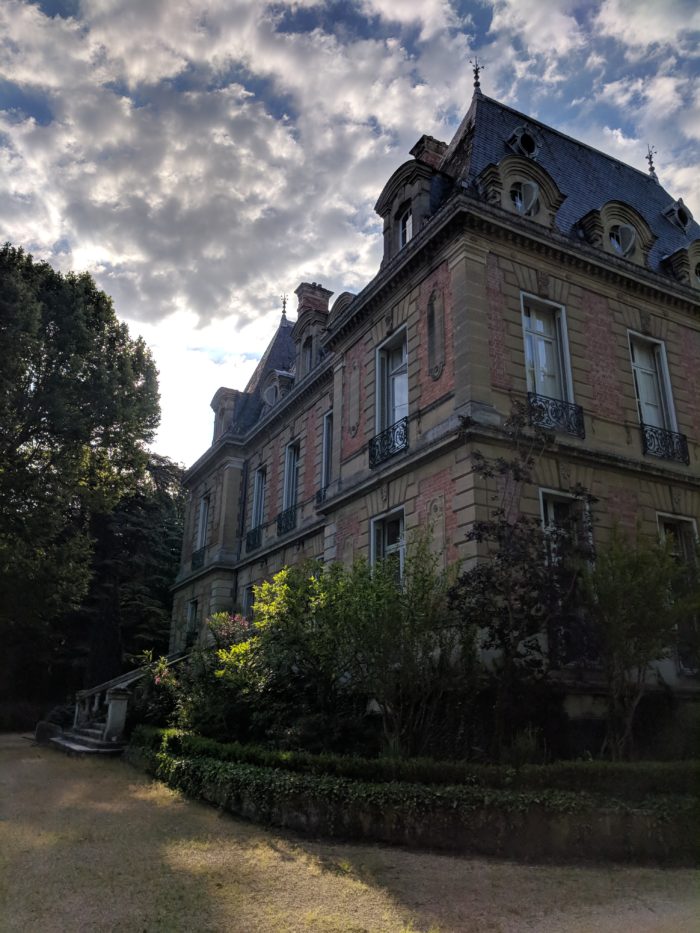 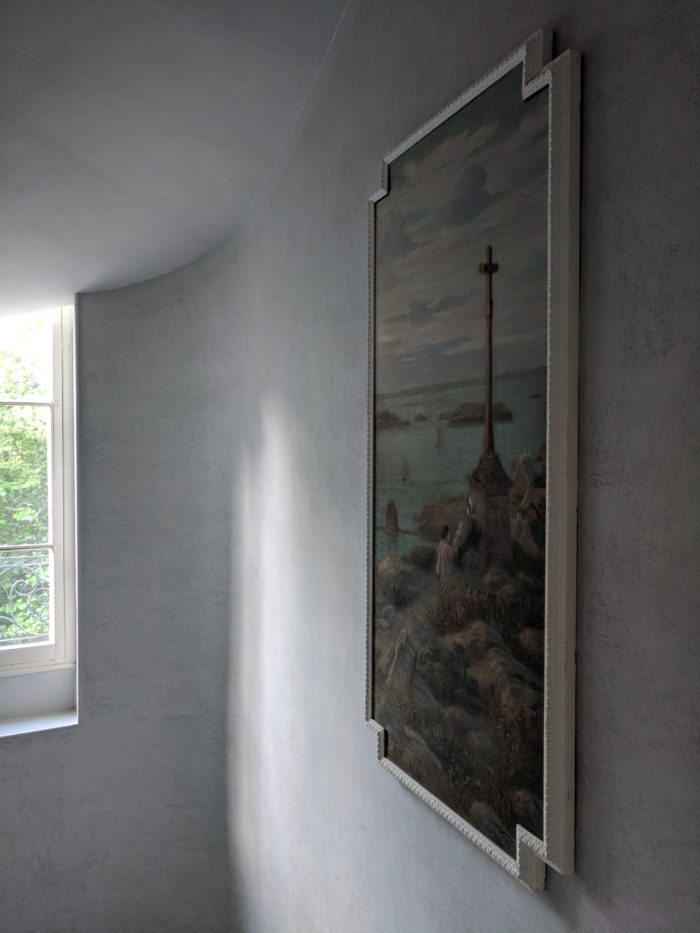 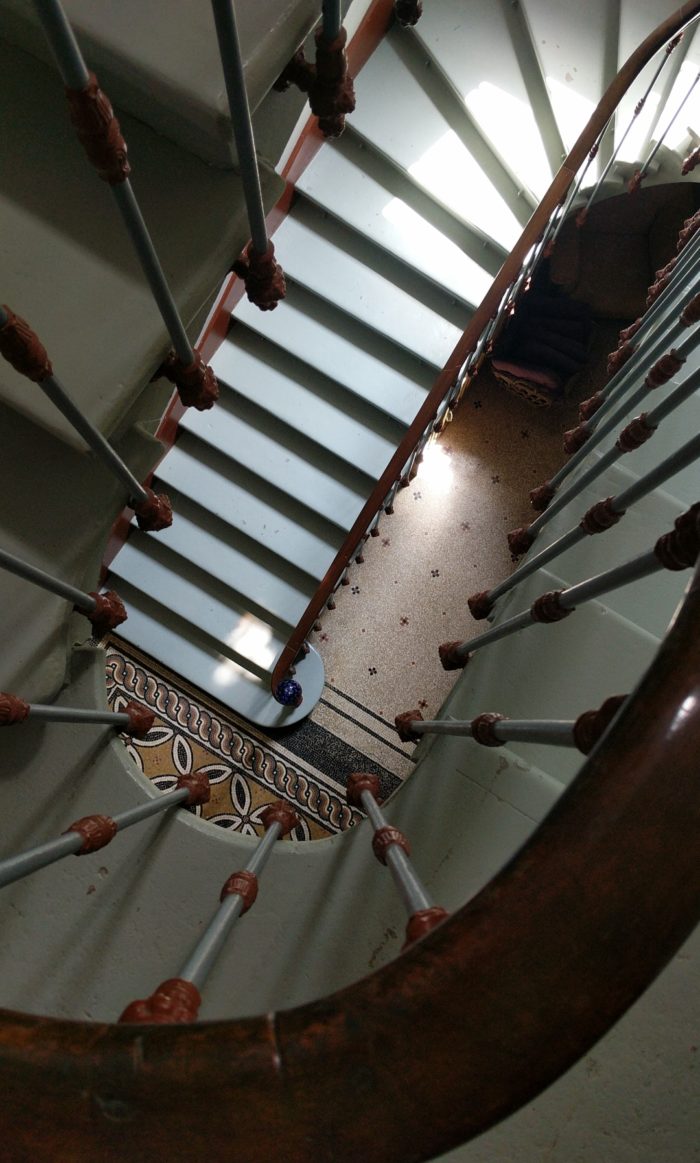 From the winding roads leading up to the property, to the iron gate entrance, to the artwork, to the insanely large windows, and basically every other little detail about the property; Château Bérard felt like something out of a storybook. 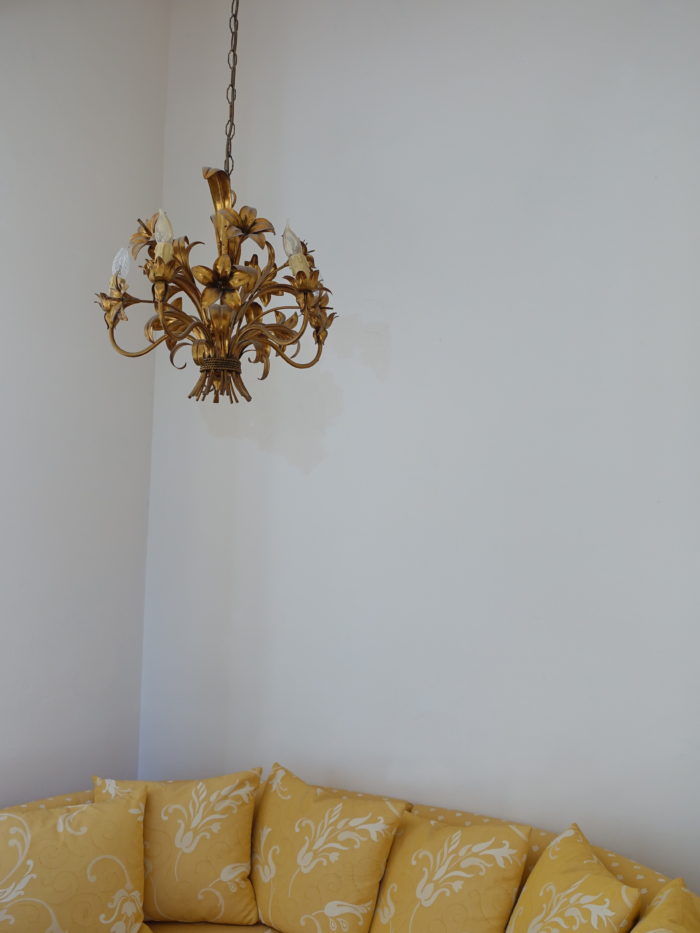 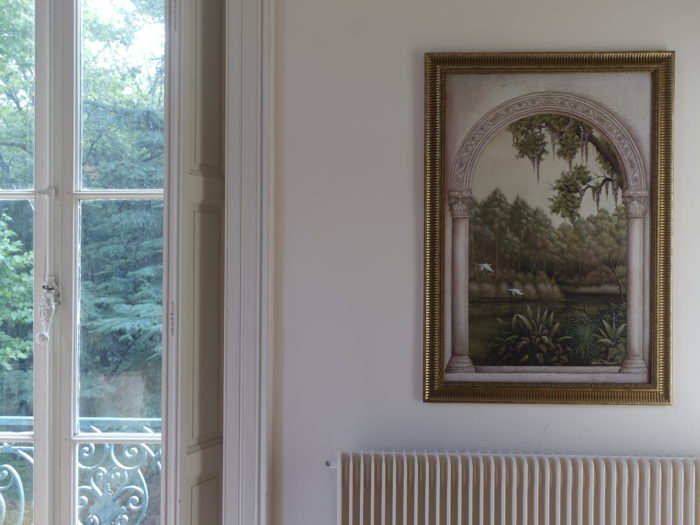 I say this a lot, and it’s because it’s the truth.  We felt very blessed.  We are very blessed.  When we first started planning our trip, we would have never imagined getting to stay in a Château.  But there we were.  I couldn’t have possibly dreamt of a better way to end our time in Provence. 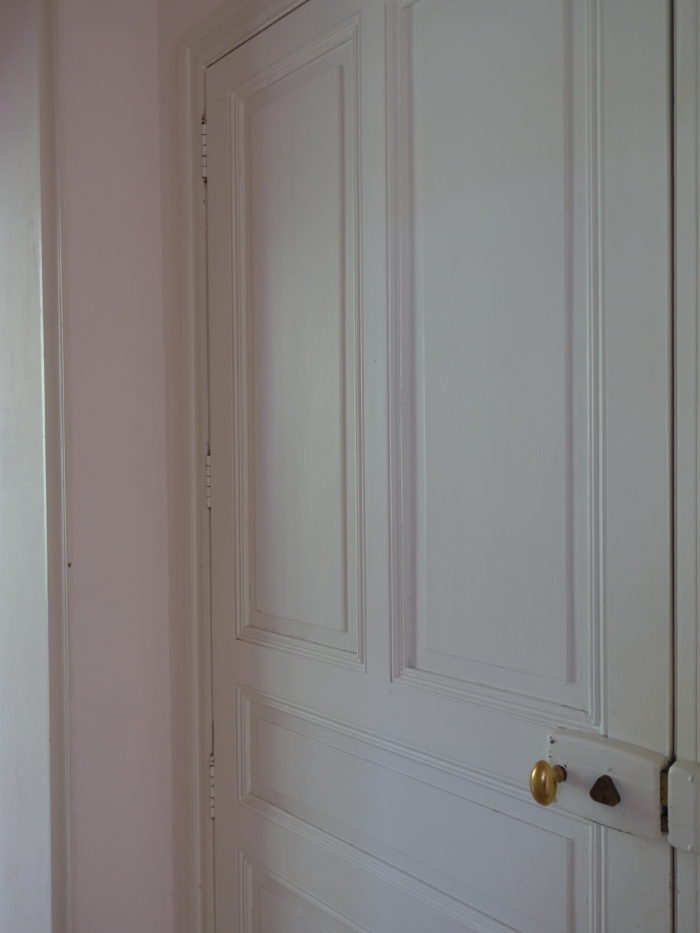 Our stay at Château Bérard was generously provided for us; however, no compensation was received in exchange for my writing.  All of the opinions that I have expressed here are my own, and are an honest account of our experience.

4 Replies to “In Search of Lavender”