It was a Tuesday morning, and we woke up far too early to catch our taxi to the train station for our very early departure from Tuscany.  We both happily slept during our first train ride all the way to Rome, and when we hopped off to make our transfer, we had just enough time to grab a quick cappuccino and brioche.  Very much still in a sleep stupor, we didn’t talk much over our breakfast, but we did exchange beaming, giddy smiles.  We were about to be back in Puglia.

After getting settled on the train that would take us down to Otranto, I thought to myself, “hmmm. . .we should probably look up on Google maps where our apartment is, so that we know where we are heading once we arrive.”  And this is where it all began. 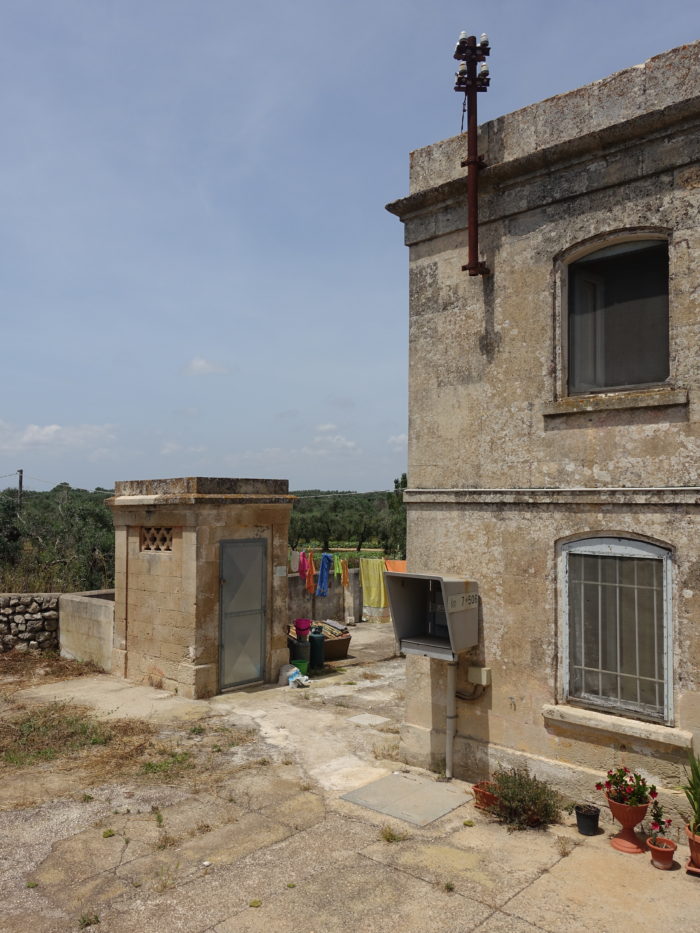 As it turned out, and to our major surprise, the apartment that we had rented was not in the historic city center as it was advertised, nor was it even in the city center.  And since we weren’t renting a car, this was not good news.  In fact, this was pretty much the opposite of good news.  But instead of getting flustered, we just thought, “hey. . .no problem, let’s just cancel the reservation and find a new place to stay.”

Well, finding somewhere new to stay turned out to be much easier said than done.  The historic / “old town” part of Otranto is very small, and as luck would have it, there was no availability for an apartment rental, a bed and breakfast or a hotel room for the next four nights.

But luckily, just when we were starting to feel slightly panicked that we would have nowhere to sleep, we realized that our train would be stopping in Monopoli (where we had stayed last year) on its way to Otranto.  And so we decided that it sounded like a good plan to get off of the train early.  We would either spend one night in Monopoli, or if there was availability, just change our plans altogether and spend all four nights back in the cute little town that completely won over our hearts last Spring.

As our train grew closer and closer to Monopoli, we quickly searched the internet for a place to stay, only to find that mostly everything was booked up.  But after a few phone calls (and some begging), we were able to secure a bed and breakfast for one night.  Yep, one night only.  Because as luck would have it, there were no apartment rentals, no hotels and no b&b’s with availability for all four nights.

That night we spent hours scouring all sorts of rental sites and travel sites for an apartment, a hotel, or basically anything in the historic center of Otranto for our remaining days. . .but we couldn’t find anything that was non-smoking, and that had availability for the next three nights.  And since we really had no interest in changing properties every other night, we decided that we needed to readjust our plans again.

At this point it was late, we had just spent a very long day on the train (11 hours to be exact), and we just wanted to get some sleep.  So we decided to can Otranto altogether, to cut our losses, and to find somewhere to stay in Monopoli.  Otranto would just have to wait for a different trip.  And to our great relief, we found an Airbnb apartment rental just steps away from where we had stayed last year in Monopoli.  “Perfect,” we thought to ourselves.

But as luck would have it, it was far from perfect.  Very, very far.

The next morning, as we entered the building to the apartment, we were both a little “surprised” by the appearance of the entrance way and staircase; and to be honest, the dirtiness and construction debris.  But we stayed optimistic, because the pictures online of the apartment were beautiful, and we knew that it was going to be just perfect.  And most importantly, you can’t always judge a book by its cover, right?

Well, once we were inside the apartment, we both immediately realized that the pictures that we saw online were not of the same apartment.  Not even close.  There were broken floor tiles, used towels, food left in the sink, no internet, and no lights to be seen anywhere.  (Although it was probably better that way.)

As you might have guessed, we walked out of there just as quickly as we had walked in.  And once again, we needed to find somewhere to stay.  So in the middle of this beautiful little street in the South of Italy, surrounded by the whitewashed homes and the Summer flowers draping from window boxes, we laid down our luggage, sat on top of it, and started searching the internet for anything that might be available.

After twenty or thirty minutes, we were able to find a bed and breakfast that said that they could host us for the night with just one catch. . .we couldn’t check in until 2 p.m.

So we wandered ourselves over to a small community park, where we once again laid down our luggage, and did our best to put smiles on our faces and stay optimistic.  Although things weren’t going great (by a long shot), we also knew that they weren’t the worse case scenario either.  And for that, we felt blessed.

Around 11 a.m., a restaurant that we had loved last year had just barely opened for the day, and so we quickly headed in as their first customers for a very early, and very leisurely lunch.  We needed to stretch out this lunch for the next three hours. . .and boy did we.  We took our time nursing our glasses of wine, and practically counting to one hundred with each and every bite of our (sadly, now average) food.

When the clock struck two, we jumped out of our seats, grabbed our luggage and basically ran down the street.  We excitedly met our host, and climbed the five flights of stairs (with a big thanks to Ryan for carrying ALL of our luggage) up to our room.  We toppled into the room, feeling so excited and relieved to finally be somewhere.  But immediately our smiles melted into frowns.  We found ourselves greeted by a cloud of smoke.  “What. . .a smoking room?”  Since we are both non-smokers, and I am a bit more sensitive to smells, this was definitely not ideal.  Our host tried to convince us that this was not a smoking room, but we both knew better.  This was not going to work.

So back down the five flights of stairs we went (with another big thanks to my hunky hubby for lugging ALL of our luggage) (literally every single piece) (even my purse), and there we were again. . .in the middle of the street, with nowhere to stay.  We now sluggishly laid down our suitcases, and in the 96° heat, defeatedly sat on top of them.  A dozen more phone calls, and some more begging later (apparently no one felt very inclined to work that day), and we finally found someone who had a room available for the night.  Although it wasn’t ideal to be staying somewhere for just one night, at that point, we really didn’t care.

After checking into our very nice room (which was a huge relief), we both needed a swim.  Travel clothes off.  Swimsuits on.  It was finally time to relax. 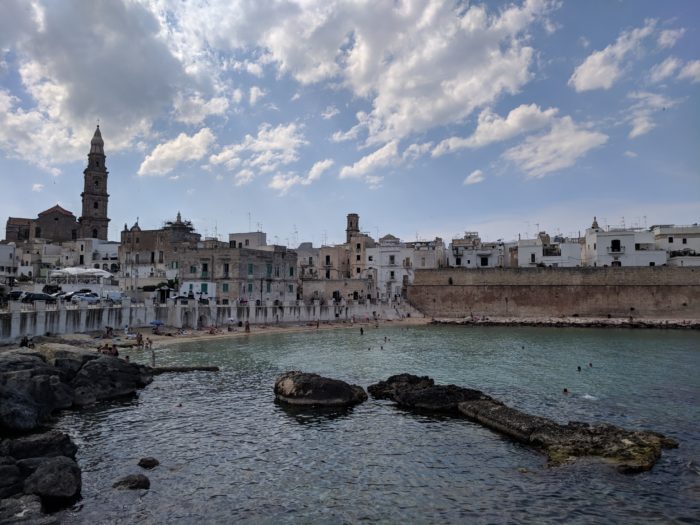 As we laid out in the sun, both attempting to forget about the past twenty-four hours (or was it thirty-six at this point?), the reality of only having a room for one night was looming over us like a dark cloud.  We were both trying to avoid it, but we knew that we needed to talk about it.  We needed a plan.  Yes, another plan.

We agreed that we needed to be flexible once again.  We would look online that night, and either find a place in Monopoli for two nights, or take the train down to Otranto and stay there for both nights.  And it would work out.  Nothing else could possibly go wrong.

So we spent the better part of the night looking over the internet, and believe it or not, we could not find a single place with two nights of availability.  But since there was really nothing that we could do about it, we decided to call it quits on our search and get some rest.

When we woke up the next morning, it was sadly the same situation. . .still nothing.  But for whatever reason, something inside of me was saying, “go to Otranto.”  So I talked to Ryan about the somewhat crazy “feeling” that I was having; and without anywhere to stay, he agreed to my plan.  So we packed up our bags (which had barely been unpacked at this point), we headed to the train station, and we bought two tickets to head South. 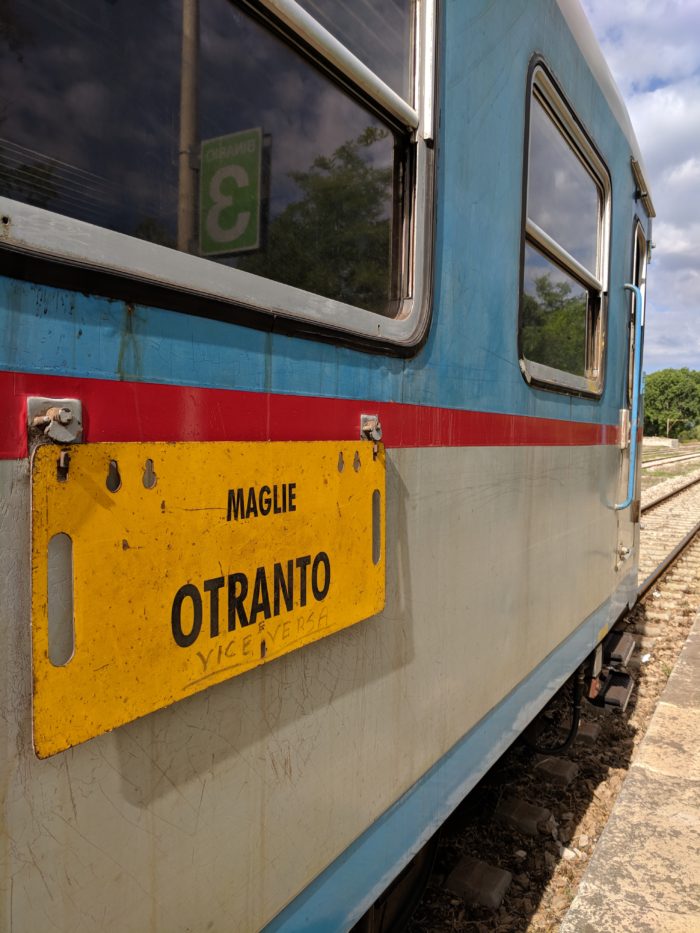 We took what was definitely the oldest train that either one of us has ever been on through hours of the most beautiful olive groves, enjoying that Southern Italian fresh air.  Because as luck would have it, this train was most likely built far before air conditioning was probably ever invented; and so we had to practically stick our heads out of the windows to not suffocate from the stifling hot air inside of the car. 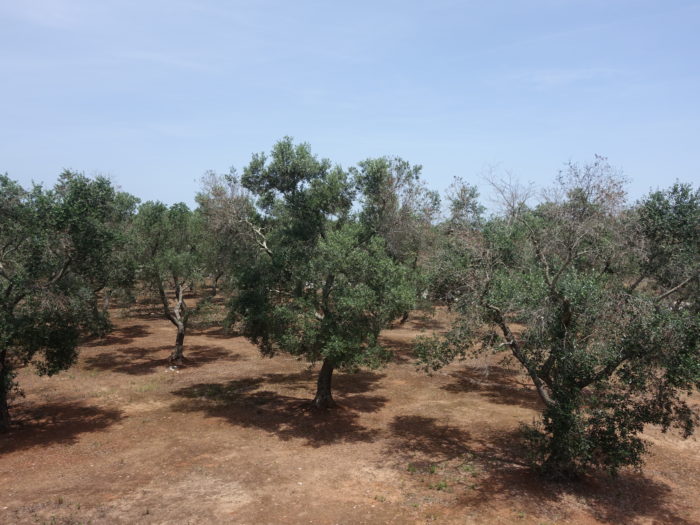 As we neared Otranto, our anxiety about finding somewhere to stay was increasing by the minute.  But by the luck of God (and an extremely inflated Verizon bill), I happened to call a bed and breakfast that hesitantly offered us a “very small room” for the two nights.  But it didn’t matter to us what the size of the room was.  We would have taken the cupboard under the stairs and it would have felt like a complete Godsend. 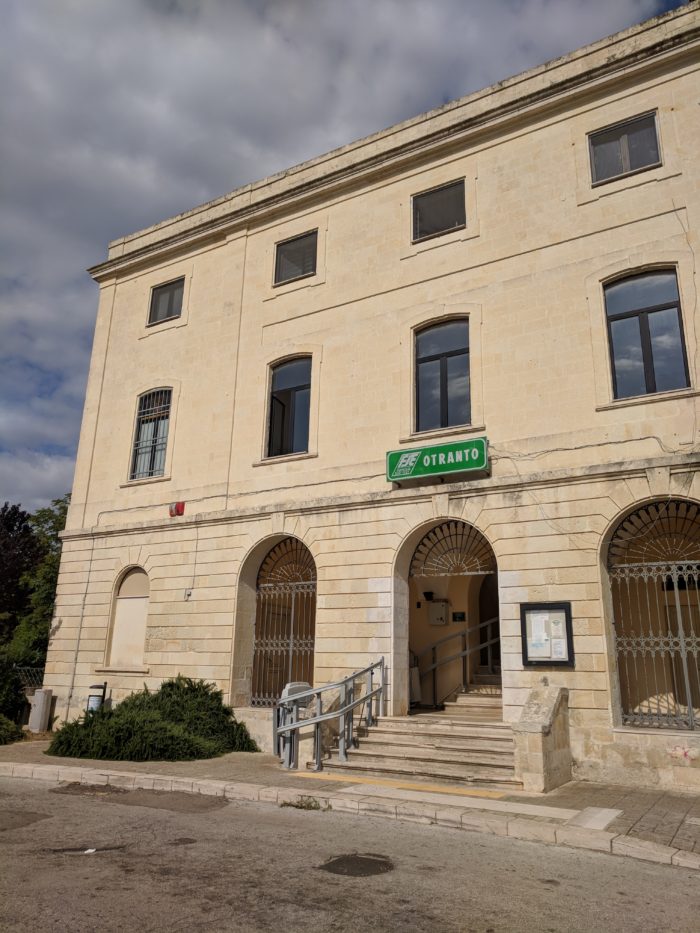 And so there we were.  We had finally made it to Otranto.  Two days late, two cancelled reservations, two bed and breakfast stays, one bad apartment, one horrible apartment, about 46 overseas phone calls, several very average meals, a lot of sweat, some moments of serious concern, too many hours on the train and sitting on the street. . .but we made it.   As luck would have it, we finally made it.

5 Replies to “As Luck Would Have It” 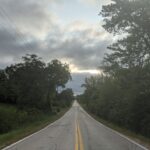 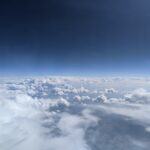 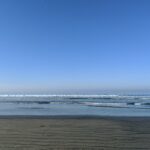 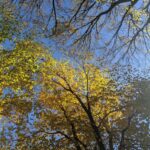 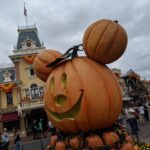 My hubby knows me so well. . .after giving me my m

It was a grilled pizza + caesar salad kind of nigh

It is officially the first day of Fall + it truly