Saturday / It feels like we are officially ready for Halloween now because we have our pumpkins! The two striped pumpkins will be taking residence by our fireplace as Fall decor (hopefully lasting through Thanksgiving), but those orange beauties are about to be seeded and carved. Because did Halloween really ever happen unless you have a jack-o-lantern half melting on your patio in the 90° Southern California heat? I think not.

Sunday / We rarely brunch. And probably just because we are up so early in the morning that we eat a traditional breakfast, and then lunch. But back in our college years, well yeah, we brunched pretty hard. But that was mostly because I typically slept in until 10:30 in the morning on the weekends. (Or later.) But today we brunched, and I can easily see why people love it so much. We made ourselves some little “hungry man” platters (or at least that is the name that I imagine them having at a diner), complete with my Mom’s pumpkin pancakes. Not our typical Sunday, but a wonderfully lazy start.

Monday / So we checked the weather for the week last night, and that was really our first and only mistake. It’s going to be hot all week. Like almost 90° hot. And dry. Really dry. And by the way, today is October 21st :( Even having lived in San Diego for almost 9 years, I am still not used to these mid Fall or Winter heat spells. So basically we knew that if we wanted to spend some time outside, we had to get our tushies in gear. So we drove over to Coronado bright and early, and although it was already annoyingly hot, it was also perfectly beautiful.

Tuesday / Today was one of those awesome days where I found myself accomplishing my work at record speed. Which meant that by 3:15 p.m., I was able to clock out. And since I don’t do the “art of doing nothing” very well, I decided to whip up a few pounds of fresh pasta to stow away in our freezer. Two thumbs way up to a super productive Tuesday 👍 👍

Wednesday / So the puzzle. I had mentioned that we had started working on a puzzle a few weeks ago. And a few weeks have passed, and we are still working on the same puzzle. Yep, 1,000 pieces might have been a little bit aggressive for our first “adult” puzzle. But believe me, we are determined to finish this in time for Christmas. (And thank you for so generously ignoring the dust that has collected. . .I like to think that it’s adding some “vintage” charm.)

Thursday / Nope, they’re not oranges. These are persimmons. The delightfully sweet and crunchy Winter fruit that I always look forward to. (Not to be confused with the oblong-shaped persimmons, which are soft, mushy, and to be eaten with a spoon.) And funny enough, this is one of the few fruits that Ryan does not like. Ryan comes from a family of pretty serious fruit eaters, and so it is rare that I like something that he doesn’t. But this is it. He’s not totally sure why he doesn’t like them, but trust me, because they are so delicious!

Friday / I’ve touched on this before. . .but I am totally, completely, 100% that girl. I’ve already been listening to Christmas music for a few weeks now, and the moment that any gift enters the house. . .well, I cannot contain my excitement to start gift-wrapping! Besides the fact that I love Christmas, I also happened to love gift-wrapping. So yes, I am very ahead of the game. But nothing has sparked more joy for me this week than getting to bust out the holiday gift wrap and my box of ribbons.

2 Replies to “this week’s highlights” 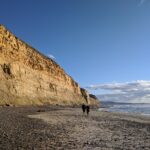 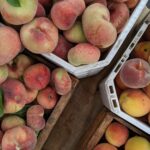 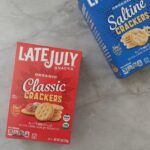 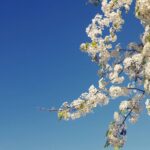 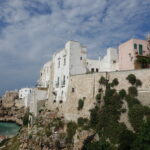