The relief that we both felt after having successfully transferred campsites was palpable. After one didn’t go as we planned day, and way too many hours spent searching for a campsite, this was a relief. A huge relief. Not only had we found a new campsite (of which we were free to spend up to fourteen nights at if we so desired), it also just so happened to be the best campsite in Joshua Tree National Park. And having made it our business to look at any and every campsite the day before, we can say this with complete and utter certainty. Luck was finally on our side. We got Site 17.

What makes this particular campsite so very special is that it is literally tucked into the famed Joshua Trees, you only have one further away neighbor, and a close (but not too close) bathroom. And don’t forget the most perfect views of the mountains and the jumbo rocks on either side of you. Hands down, this is as good as it gets in Joshua Tree.

And so as we set up camp and prepared our lunch, I brought up the idea of staying one more night, or maybe even two. It felt so good to get away. Maybe it wasn’t the best time to get away, but in a sense it was. The news had become so overwhelming and so constant over something that (aside from isolating and good hygiene) we couldn’t do anything about.

The good vibes were flowing. One not so ideal day couldn’t get us down. After all, as I so often say with a smile and a laugh, these are the joys of camping. These are those quirky little things that make the memories so special, and the camping so unforgettable. And so as we began exploring the Park, the idea of staying longer sounded more and more appealing.

As day turned to night, it felt like the camping Gods were even more on our side. The weather felt much milder, and the winds were much calmer than the night before. Which meant that yes, our dinner would not be cooked over Duraflame again. (If only I were joking.) We both happily resigned to bed early with the bliss of a beautiful day behind us, the comfort of having our campsite, and marshmallow pieces stuck all over our faces.

. . .all those things that you really don’t plan for or anticipate. At first it was our neighbor. You know, the one who really isn’t very close at all? Well, distance seems obsolete when your neighbor starts chopping wood while you are tucked in for bed. And almost laughable when your neighbor’s neighbor asks to borrow his axe to chop his own wood. (Like seriously, who are all of these people chopping wood in the pitch black?) And then it was the coyotes. It was the cry of the coyotes that made us very aware of one thing, and that was the cold.

I mean yes, we knew that it was cold. After all, I had gone to bed with four pairs of pants on, three shirts, three pairs of socks, a fleece Winter hat, and a pair of leather and wool gloves. And yes, this also included one set of cold-weather long underwear. So yeah, we definitely knew that it was cold. But somehow we had judged that it felt warmer than the night before. Maybe even in the 40°s we were thinking. But we were wrong. Very, very wrong.

Neither one of us slept a wink. I spent most of the night kneeing Ryan in the stomach as I tried to tuck my feet in between his legs. But then I also felt restless from the discomfort that my body was in from cramping into the tiniest of curled up positions. And Ryan? Well, he spent much of the night contemplating if his ice cold feet had frozen so much that they had fallen off of his legs. That, and being concerned that his tuchus would be permanently frozen.

When it was finally light enough to crawl out of our tent, we were shocked to find it covered in a thin layer of ice, the ground in frost, and our car windows in ice. Yes, apparently it really was that cold. We both immediately ran to the car to put the heat on and defrost ourselves, and there it was. . .28°F. Long gone were the ideas of spending any extra nights. Because as it turns out, even the Southern Californian desert cannot escape the harsh realities of Winter. 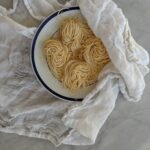 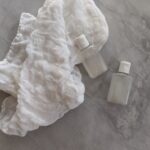 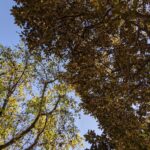 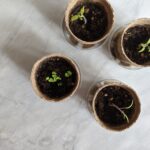 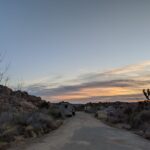