homemade pasta, recipe courtesy of our favorite restaurant in Florence

Saturday / Like most days, I woke up with a plan. But today’s plan was a little bit different – fresh pasta. I wanted to commit the better part of our day to stocking up our freezer full of fresh pasta. And so we did. We used up most of our eggs, literally every last ounce of our flour (hopefully we will be able to get some more soon), and our backs are just a little bit broken. But it was completely worth it, because our freezer is now happily filled with multiple dinners worth of tagliatelle, fettuccine, pappardelle and gnocchi.

Sunday / Early morning walks are my favorite. Getting out early means cooler temperatures and less people. But given the pandemic, well, we basically ended up being the only people out during our entire walk. And although we know that a lot of things have changed, it was still a little bit jolting to see the Gaslamp so desolate.

Monday / Fingers crossed, our stockpile of fresh pasta and gnocchi will last us a couple of weeks. But since our willpower is pretty low when it comes to any kind of pasta, much less homemade, we’ll see. Tonight’s selection was tagliatelle with a shrimp scampi-ish sauce. It’s something that I came up with on the fly a few months ago, and oh baby is it delicious! (And definitely something that I will be sharing with you all soon.)

Tuesday / Today we took our walk over to Coronado (as usual), but a bit later than we normally do. It actually ended up being hours later, which we quickly learned was not the ideal time. Basically everyone and their neighbor was out getting some fresh air. So instead of walking the sidewalks along the beach like we normally do, we changed our course and headed into the Island, walking the neighborhoods. And while I definitely still prefer the beach, those gorgeous homes are the perfect backdrop for some daydreaming.

Wednesday / I haven’t been grocery shopping in almost three weeks. Yes, me. . .the girl who normally plans meals on the fly and makes almost daily runs to the store! The last time that I had gone to the shops was before we went camping. And when we got home, Ryan did a big run for us. So after several days of hodge podge meals, today was the day. We went in with a big list, and came out with everything on it, plus some. Talk about a grocery store success!

Thursday / Is it Thursday? Or is it Tuesday? The days are starting to blur together a little bit over here. And since I have accidentally fallen into the pattern of not using my planner, that’s just increased the blur. And although I have enjoyed the break, I am also missing my routine. Or maybe it’s not so much the routine of using a planner, but the “normal life” routine. That, and all of those little luxuries that I have so easily taken for granted. Like the luxury of going out for a coffee. Or the luxury of running to the store quickly. Or even just the luxury of not thinking twice about wearing my sneakers around the house. Yes, life has changed. In some ways I have settled into a new normal. And in some ways I just seem to be in a holding pattern, anxiously awaiting the return of what I used to call normal.

(not pictured here: my half-dead tomatoes and basil plants)

Friday / So I really don’t know how this happened, but it seems that my tomato and basil plants are dying. At first I was concerned that I was overwatering them. And then I was concerned that I was underwatering them. And then I realized that maybe they just aren’t getting enough sunlight (because it’s been rather gloomy for us lately). But there’s really nothing that I can do about that. Or maybe it’s been too cold for them at night? But I can’t imagine that since we live in San Diego. I mean, they have already survived a lack of watering (because I often forget), a lack of sunshine (from when we were camping), mold (yes, unfortunately), and the transfer to the patio planters. So fingers crossed that they are just taking a little shnoozer, and will come back guns blazing and tomatoes poppin’, right? 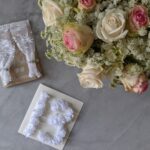 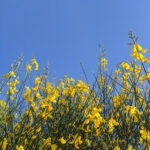 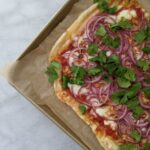 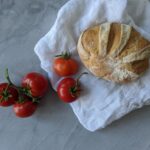